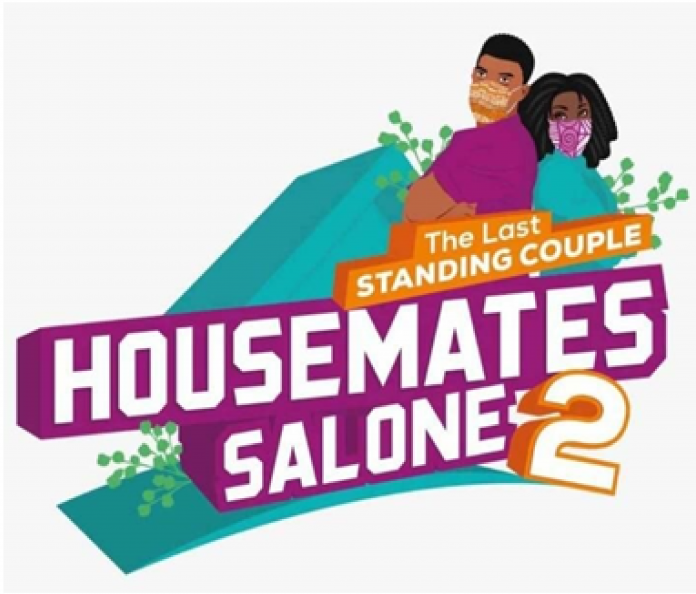 The House is gradually getting hotter after twenty-two (22) Housemates entered it on the 18th October 2020 to stiffly compete in this year’s Housemates Salone Season 2, the Last Standing Couple with the theme Quarantine Drama brought to viewers by AYV Media Empire and Africell.

These young participants in the on-going Reality TV Show, which it has been attested is now been viewed and enjoyed by many in and out of the country, are busy interacting and performing various tasks, gossiping, playing games and courting friendships. As it was the case with Season 1 of the Reality TV Show, this year’s version is now gaining huge momentum and dominating discussions in many circles.

What the 22 Housemates have started battling for is to bag the star prize of Two Hundred and Fifty Million Leones (Le250M) plus undertaking a round trip to Dubai. But apart from bagging the Star Prize, all other participants will be entitled to their daily allowances of Le100, 000 each whilst they still remain in the House and accumulatively given to them whenever they are evicted.

Interestingly, during a particular stage of the Show, based on the percentage of votes scored by a particular Housemate, such will determine whether he or she will be either evicted from the House or make it to the grand finale. As the show progresses, evictions will continue until the ultimate winner emerges.

As they are now in the House, the Housemates are expected to appear sexy and display some form of nudity which should not come as any big surprise as the show is tailored in that way.

Again, seeing them talking harshly is simply because they should be using strong language intermittently and acting funnily is acceptable because it is expected that they must be humorous.

Manifesting and portraying  these traits well are what will really make this Reality TV Show very interesting to watch, provide comic relief for viewers and serve as a therapy to reduce stresses.

The Housemates will be assigned various tasks to perform that could shape their characters, they will be availed the opportunity to learn new skills, improve on existing ones. They will also be emotionally tested, afforded the space to find panacea to certain human problems and do a host of other things.

Furthermore, the Housemates will benefit from widespread exposure as the Show will be watched near and far. Talents will be spotted and vistas of opportunities could be opened as some of the Housemates would be earmarked to become, advertizers, Brand Ambassadors, movie artists, models etc.

The Housemates stand to benefit from motivational lectures and added to that they will be availed the opportunity to socialize, learn how to play different games, how to speak fluently etc.

As a matter of fact the ultimate winner is expected to come up with a project, in the post-Housemates period, that will positively impact the lives of young people in the country.

With all these it will definitely transform the Housemates from what their characters were before they entered the House.

As the show is now in progress it is streamed live online at Africa Young Voices Media Empire Facebook page, AYV entertainment TV, Africell Sierra Leone Facebook page and on website at www.ayvnews.com.

Housemates Salone Season 2, from all indications, is set to be a wonderful show as the episodes unfold until the event culminates into the Grand Finale. It will further expose the country and put it in the limelight. Don’t miss out.  Always make a date with Housemates Salone and don’t be late.