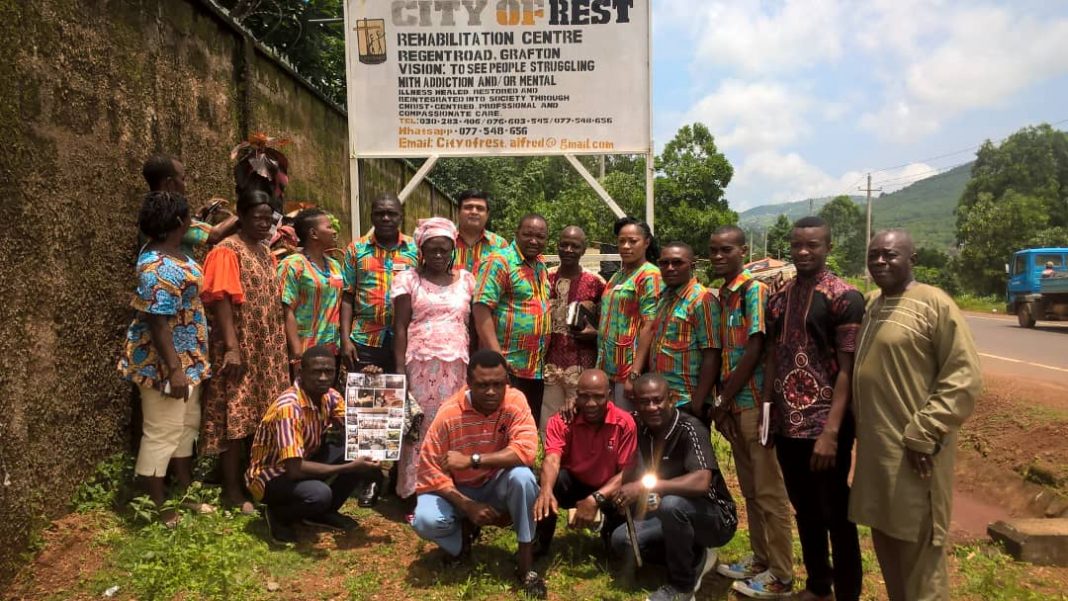 One of Sierra Leone’s most prestigious Hotels Golden Tulip-Kimbima Hotel situated at the Aberdeen in the  West End of Freetown on Friday August 23, 2019 donated food and non-food items to the mentally ill patients at  the City of Rest Rehabilitation Center in Grafton.

In his statement, Rahul Chatururvedi, Deputy General Manager of Golden Tulip said they decided to choose the City of Rest because they are aware that the patients there are among the most vulnerable individuals in the country and therefore must be shown love.

He stated that Kimbima Hotel has always been in the good books of Sierra Leone because they are taking the lead in developing the country’s tourism sector.

Parmala  Kaikai, Sales and Marketing Manager of the hotel said what they are doing is part of the entity’s Corporate Social Responsibility and they believe that though the patients are mentally disturbed at the moment yet still they have a brighter future and deserve a better place in society.

She stated that Golden Tulip Essentials is an international hotel with 2500 hotels worldwide in 53 different countries.

The Hotel key locations offer travelers easy access to both to the central business district and the historic heart of Freetown as well as to some of the most exotic beaches in West Africa.

She continued by revealing that the Hotel offers innovative and unique dining exercises to match their stunning sea front location and offers a spectacular view of the Atlantic Ocean.

According to her they cater for wedding events, workshops, accommodation that can host up to 500 guests, offer high speed Wi-Fi services, fully equipped gymnasium supervised by personal trainers.

“Our environment offers guests a perfect oasis of calm and relaxed stay. Over 90% of our staff is Sierra Leoneans,” she ended.

Receiving the donation, Pastor Alfred Sesay, Program Coordinator of City of Rest thanked the Management and staffs of Golden Tulip stating how they have been praying for such a gesture to materialize.

He stated that the rehabilitation home was established by, Raven Morrie S. Ngobeh in 1988 and started full operation in 1996 with a vision to rehabilitate persons who are mentally affected as a result of illicit drug using Christian doctrines.

Alfred stated that through prayers, medication and counselling the center has succeeded in healing lot of young people who are now contributing to national development. In the past two months ,he said, the center has discharges 4 cases and currently is dealing with 20 male and 1 female.

He mentioned the numerous challenges they are facing ranging from limited funding and staff to handle certain cases.