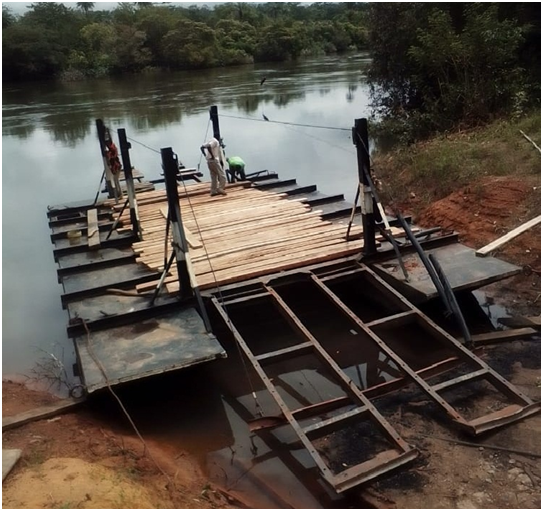 The issue of travelling through the gateway to Sanda Magbolonthor Chiefdom right inside Kamakwie Town in the  Karene District, Northern Sierra Leone is presently very tedious for indigenes at that part of the country due to the total breakdown of the Mabanta Ferry for the past four (4) months now.

According to stakeholders in that part of the country that spoke to this medium, the ferry was damaged as a result of the overloading of timber logs, coal, and heavy vehicles which were not supposed to use that route.

Since travelers that are frequently travelling to and from the Chiefdom can’t afford to pay the huge charges involved to travel by road, they are using canoes as an option to cross the river, while some people also making use of bikes (Okadas) to travel by road in to the Chiefdom with multiple charges.

In that regard, the suffering masses of Sanda Magbolonthor Chiefdom within Karene District are calling on the Government of Sierra Leone to step in and render a helping hand to construct a bridge so that the prevailing suffering among citizens in the Chiefdom can be mitigated or reduced, especially during the height of the rainy season.