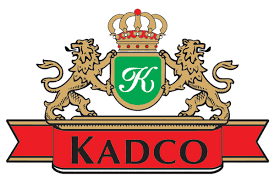 Alphonso Manley was reacting to a correspondence that the LODA Executive Director sent to the Director General of the Sierra Leone Standard Bureau. He first cried down the letter as one that was badly composed with so many grammatical mistakes furthering that indeed its contents are out of context and misdirected bordering on mere blackmail.

An excerpt of the letter in question is thus: “ the organization notes that the substandard and deliberate hashed-alcohol productions by KADCO Company is really creating dangerous effects on the lives of Sierra Leoneans especially in this moment of the existing pandemic the country is fighting to eradicate the spread of the Corona Virus”.

It went further to state, “The organization has done huge survey about the negative and health hazards the alcohol productions are causing on  the lives of the youths and the dangerous spirit that stimulate them to be irresponsible and to the extent that they are becoming lawless and indiscipline, the survey proved with an indications that 75% of the youth and old aged people are adversely affected with such harsh and dangerous alcohol, therefore, the company’s license should be suspended to minimize the risk of the spread of the Corona Virus.”

The long and short of it is that the Executive Director of LODA, Ibrahim Sorie Dumbuya, through the letter, is calling on the Sierra Leone Standards Bureau (SLSB) to suspend the licence which gives KADCO, the mandate to produce alcoholic beverages.

“As far as this communication is concerned it amounts to utter rubbish as the so called Civil Society organization did not provide any cogent or convincing reason(s) why the license of KADCO must be suspended,” Manley fumed adding that from an in-depth independent investigation conducted recently it came out vividly that the Executive Director of LODA, Ibrahim Sorie Dumbuya ,demanded from the Management of KADCO the sum of Fifty million Leones (Le50,000,000) in order to bury the allegation or “scoop.”

“This is absolutely unacceptable and really borders on mere fraud which means it is indeed a premeditated ploy to fleece the company for no good cause and if charges are pressed the perpetrator could likely find himself in a very awkward situation,” Alphonso Manley expressed indignation adding that it is people like the so called LODA Executive Director who are giving Civil Society Organizations a very bad reputation.

He commended the Company for holding the fort since the outbreak of the corona virus, saying it is indeed laudable that Management has not laid any of the company’s members of staff off. “After thoroughly perusing the contents of the letter we arrived at the conclusion that KADCO has not violated any rule whatsoever. We contacted the Standards Bureau Regional Coordinator-North, Agnes Kanu, one Abdul Karim, who is also another member of staff and the Programs Officer, Tamba Deen and all clarified and ascertained that KADCO did not contravene any law. They unanimously consented that the letter must be withdrawn,” he stated.

He pointed out that the company has been operating for quite a considerable period of time now without doing anything unsavoury and untoward that has negatively impinged lives. “As a matter of fact the operations of the company has provided jobs for those who were hitherto jobless and is paying huge taxes to the Government which form part of what the latter uses to fund certain development programmes,” he averred.

Manley argued that it is not the type of drinks that the company produces that are disturbing young people because those drinks are manufactured in percentages. “It is only when those drinks are abused or over-consumed by young people that it makes them to become rowdy and engage in senseless activities,” he underscored further revealing that the company is strictly adhering to health safety directives outlined by supervisory bodies.

“It is really frustrating to see certain individuals parading as Civil Society activists when in actual fact they have nothing to show or offer but rather to be seen trying to intimidate and defraud unassuming individuals as well as institutions. Sometimes their unsavoury actions and activities reflects negatively on our credibility and integrity,” Alphonso Manley lamented.

All attempts made to contact the Executive Director of LODA to get his reaction proved futile as he was continuously responding that he is highly engaged and busy.