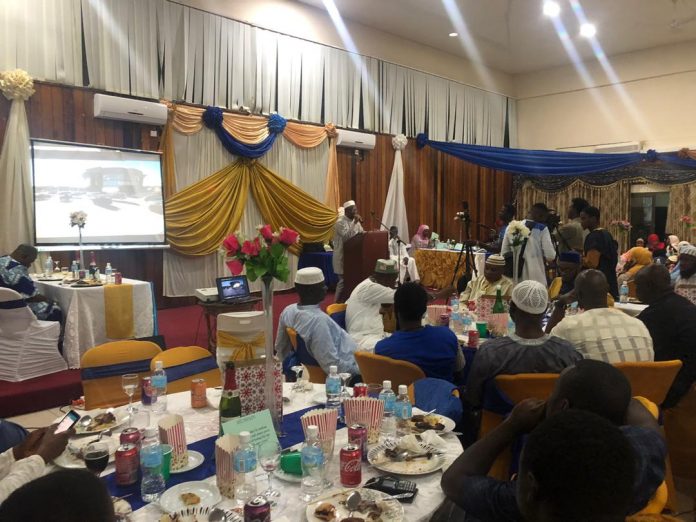 Speaking to the Founder and Chief Executive Officer (CEO) of DAQVAH, Alhaji Abdul Rahman Jalloh, he told this medium that the 4.89 acres piece of land, situated at Gbonko, Kafu Bullom in Lungi, was donated to the Foundation by Chief Bai Shebora Sheba Gbereh-III. “The Park is designed to have an Islamic hall, resource centre, mall and restaurant, couple’s garden, playground for kids, basketball and football courts, swimming pools, gyms, and many other facilities”, he outlined.

The CEO added that the first phase of the project, which is budgeted at $1 Million, is expected to kick start in 2020. He furthered that the project will benefit the entire country, especially young Muslims. Responding to concerns on how the Foundation expects to raise the funds to actualize the project, he said “this is just one activity, we shall also continue our project ‘Le20,000’, targeting 500,000 people”. He added that sponsorship proposals will soon be distributed to multiple business and philanthropist entities.

This  The Project Lead of the “Reach The Unreachable” (RTU), Sheikh Mohamed Alhassan Jalloh, in giving the background of DAQVAH, said that the Foundation was started in July 2015 by Alhaji Abdul Rahman Jalloh and his wife Mariam Seddiq Kamara to help alleviate poverty amongst the Muslim populace. According to him, the Foundation presently as about 1,180 subscribers both in Sierra Leone and the Diaspora, adding that it focuses on various thematic programs, including Education, Water and Sanitation. He furthered that the Foundation has, over the years engaged in countless charity support activities, both in Freetown and remote areas in the provinces.

The National Islamic Park project was officially launched by a representative of the CEO of BSB International, Alhaji Amadu Juldeh Sow alongside other Muslim dignitaries. As a representative of the supervising ministry of religious affairs, the Deputy Minister of Social Welfare, Gender and Children’s Affairs; Hon. Mohamed Haji-Kella applauded the initiative, describing it as “an era of new beginning in the history of Islamic development in Sierra Leone”.

He personally pledged his support to DAQVAH as a special ambassador of the project, with a donation of Le5 Million Leones. Hon. Haji Kella noted that the New Direction places utmost credence on religious values and that his ministry will explore all possibilities to bring the project into reality. He finally made a clarion call to all Sierra Leoneans to join the bandwagon for a pivotal change in the narrative of Islamic prowess, by supporting the project.

The Guest Speaker of the event, one of Sierra Leone’s most renowned scholars, Sheikh Umar Farouk Adam Bah commenced by noting that, just as burials do not need lectures, so also such a project does not need extensive justifications. Referring to the displayed footprint and 3D video of the construction plan of the project by Inter Link, he noted that the project is of great importance and most timely for the benefit of the country. Sheikh Farouk added that anyone who supports this project will serve posterity, thereby earning continuous rewards from God, even in death.

He commended the management of DAQVAH Foundation for their great efforts, calling on them and all other Islamic organisations to engage in proper planning before implementing any project.