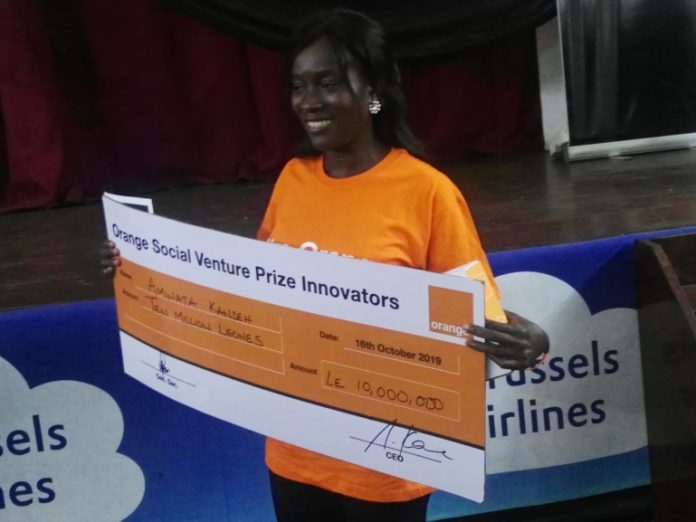 One of the operating GSM mobile operators in the country, Orange Sierra Leone, has on Wednesday 16th October, 2019 concluded the Orange-SL Social Venture Prize Innovators competition, an event that took place at the British Council on Tower Hill in Freetown.

Speaking at the ceremony the Chief Executive Officer of Orange-SL, Madam Aminata Kane disclosed that the Orange Social Venture Prize Innovators Competition is geared towards providing a platform for young innovators and creative thinkers in Africa & Middle East, adding that the Orange Social Venture Prize has been in existence for almost nine years now but this is the first time it is hosted in Sierra Leone.

She noted that 15 individuals contested in the preliminary stage of the program disclosing how Aminata F. Kanneh, a young Agro-Fish Farm innovator, Samuel Kamara a young E-Net innovator, and a Botswana national qualified for the final stage.

Aminata Kane said that the competition aims at rewarding and showcasing the best innovative and socially responsible business projects in Africa and the Middle East in order to support them.

She added that the event was the ninth edition to be hosted in Sierra Leone and the winner will eventually be participating in the international competition wherein a team of international jurors will award the grand prize to the best winners at both the national and international levels.

Three finalists were given the opportunity to do presentation on their projects and subsequently an independent panel of judges was instituted to choose the best young innovator among the three finalists who were: Aminata F. Kandeh, young Agro-Fish Farm innovator, Samuel Kamara a young E-Net innovator and Eviteh an inventor who is a Botswana National.

After a thorough scrutiny, Aminata F. Kanneh the young innovator of the Agro-Fish Farm Ltd project emerged as winner with 198 points, Eviteh scored 196 points and Samuel Kamara came third with 161 points. Aminata was therefore awarded the grand price of Le10 million, one 15G fly box. The two runners up received Le2.5 million each, and a 4G Mifi.

Mayor of the Freetown City Council, Her Worship Yvonne Aki Sawyer, praised Orange Sierra Leone for their relentless efforts in supporting these young innovators. She rated Orange as the best GSM mobile operator in terms of the provision of reliable network as well as promoting young innovators not only in Sierra Leone but in Africa as a whole.

She admonished young innovators and the winners to continue to work hard in promoting the innovative and technological aspirations of the country.

Country Director of the British Council spoke on the relevance of the ceremony and expressed thanks to Orange Sierra Leone for such a venture which, according to her, aims at accelerating the aims of young people in the country.

She pointed out how the British Council is committed to work with Orange Sierra Leone in order to promote young Sierra Leonean innovators.

She noted that the event was not a surprise to many as Orange Sierra Leone is always at the forefront in providing tangible development programs aimed at empowering young people in Sierra Leone. 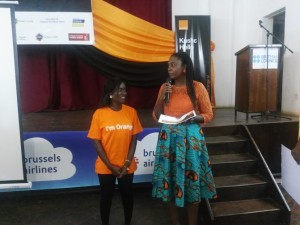 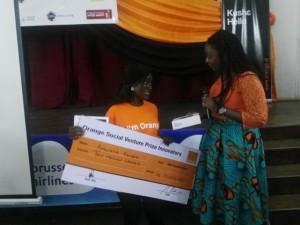