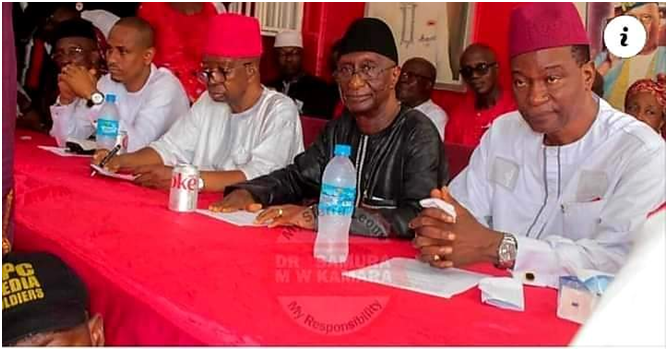 It is seemingly apparent that the random way in which politics is unfolding ahead of the General Elections, which is expected to take place next year in the small West African State of Sierra Leone, the main opposition All People’s Congress (APC) Party may not actively participate in the forthcoming elections.

Such an assertion is made against the backdrop that the Chairman of the Political Parties Registration Commission (PPRC), Lawyer Abdullai Masiambay Bangurah, has raised concerns over the All People’s Congress (APC) party’s preparedness to compete effectively in the country’s forthcoming general elections next year due to its prolonged internal power struggle.

He raised the concerns when the Political Parties Registration Commission (PPRC) on the 3rd November, 2022 held fruitful conversations with pressmen about recent happenings related to the Commission.

He blamed the problem on the sharp division among members of the Interim Governance Transition Committee (IGTC), and also the Transitional Interim Independent Elections Management Committee (TIIEMC) as the electoral circle is at hand.

The PPRC Boss fears that the party’s internal struggle may lead to a national security threat; judging from the August 10 violent anti-government insurrection which erupted in part of Freetown and two other towns in the north of the country.

The PPRC doubts that if what is happening in the APC is not taken care of ahead of the tight deadlines, the party cannot pose a serious challenge in the June 2023 election.

The PPRC Boss said: “We expect that by now they are supposed to organize themselves so that they can compete effectively in the 2023 election that is looming.”

Lawyer Abdullai Masiyambay Bangurah said if the APC fails to settle themselves ahead of time and fails to compete effectively in the election, they may end up giving the impression that they have been stifled by the Government and the reaction from their members may be unfavorable.

He said the division within the 21-man IGTC has continued to widen ever since its formation, as the PPRC has received contrasting responses within the Committee in response to the 12 objections received from members of the public to the rules for the conduct of the party’s lower-level elections.

“I first received a response signed by the Secretary, Hon. Abdul Kargbo…a day after that, I also received another one approved by the Chairman of the IGTC,” said Mr Bangurah during a press conference at the Commission’s headquarters in Freetown.

He added that both responses were conflicting as one side will be conceding to an objection, while the other side will be arguing or opposing an objection. There is still no agreement, according to the PPRC Chairman.

In the wake of the publication of the rules there has been a reportedly mad rush for executive positions in the main opposition, All Peoples Congress (APC).

According to sources within the APC, several eminent personalities have expressed keen interest to grab national executive positions, including but not limited to, Chairman =, Secretary General, Organizing Secretary, Publicity Secretary and Women’s Wing Positions.

The source furthered that apart from national executive positions being eyed by big guns of the party, other various positions, including zonal constituency, district, regional chairman positions are also said to be targeted by party stalwarts.

The struggle for the positions, according to the source, also includes Members of Parliament who would be battling to retain their seats in Parliament.

Many are said to be jittery as to whether or not the much-trumpeted Proportional Representation (PR) system will see them retain their seats.

Meanwhile, many political pundits opine that the current mad rush for positions by members should be handled cautiously if the party is to take over State House, come 2023.