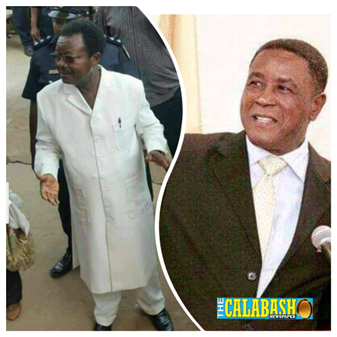 The occasion was part of His Excellency President Brig (Rtd) Julius Maada Bio’s four days working visit to towns and villages in the Southern Region, engaging his people on his achievements since 2018 and warning young people against drug abuse.

Addressing a mammoth crowd in Krio, erstwhile Vice President, Victor Bockarie Foh, who served the then APC Government in that capacity said:   “we like Maada Bio because he makes this country peaceful. Maada is a man of peace. If God gives me power, I will give Maada Bio the symbol of unity. All hands on deck. He changed the North, South, East and Western Area. What else do we want? Let’s vote for Maada Bio. We like Salone, we admire Maada Bio as our President. Anyone who wants development in this country should vote for Maada.”

In his speech at Sembehun 17, President Bio said the purpose of education is to turn mirrors into windows, adding that a country where education is valued not as a formality but as a pride will never be poor.

He said it is on that conviction he has taken such a huge burden to massively invest in the children of Sierra Leone through education.

President Bio told the cheering parents and children that no other investment yields more dividends as an investment in education.

He concluded that an educated workforce is the foundation of any community, country and the future of every economy.

The Resident Minister Northwest and also Presidential Spokesman, thrilled members and supporters of the SLPP and called on them to vote massively for President Bio on the 24th June, 2023 Presidential election so that he would continue with his development strides across the country.