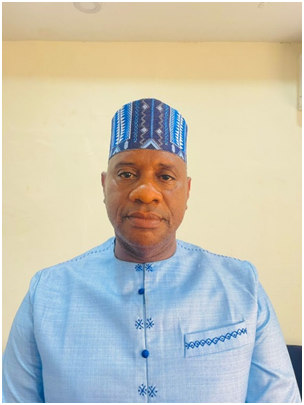 Dr. Bah maintained that there is every indication and likelihood that the appointments of Abdul Razak Bah and Abdulai Barrie should be reversed in order to avoid a bad precedent for the organization, further pinpointing that the organization is going to pursue the full directives of its existing constitution in ensuring that the said error is corrected.

It could be recalled that on the 10thSeptember 2022 delegates from various chapters of the Tabital Pulaaku International (TPI) across different countries assembled in Nigeria, Abuja, for an Extraordinary-General Assembly to have its new Executives of which Lamido Muhammadu Sanusi, from Nigeria, took over from the leadership of a Guinean, Alhaji Amadu (Kooru) Jalloh, the long-term International President of Tabital Pulaaku. Delegates from different countries present at the ceremony appointed Lamido Muhammadu Sanusi as the President of the Tabital Pulaaku International (TPI).

That revelation, made by Dr. Abdulahmane Bah, has raised serious controversies relating to the appointments of Abdul Razak Bah and Abdulai Barrie who are said to have not met the above requirement. Reportedly, both are allegedly not members of the Tabital Pulaaku Chapter in Sierra Leone.

According investigations, Abdul Razak Bah is the substantive Financial Secretary of the Fullah Progressive Union (FPU), and Abdulai Barrie is the Secretary-General of the Western Area Fullah Tribal Head Administration.

It could be recalled that these two institutions were Abdul Razak Bah and Abdulai Barrie are members have been allegedly accused in a press conference held on Friday 3rd December 2021 of working against the activities of Tabital Pulaaku Chapter in Sierra Leone.

One of those activities as highlighted in the press conference was the cancellation of the Tabital Pulaaku International-Sierra Leone Chapter, Kenema branch officially launch of which after they had officially received Police Clearance on the 23rd November 2021it was a shock for their members to be told on the eve of the event, 27th November 2021, that their Police Clearance had been revoked and that the event can no longer hold.

It was alleged that the meeting was cancelled on the directive of the Fula Tribal Authority in Freetown and the Fula Progressive Union (FPU) on the allegations that the gathering is bent on dividing the Fulas in the country.

That and more had ensued; the rivalry between the aforesaid twin- institutions to that of the TPI’s Chapter in Sierra Leone has been very uneasy; there is no love lost between them, so more the reason it came as a great surprise to many here in Sierra Leone seeing the appointments of Abdul Razak Bah as 4th Vice President of the Tabital Pulaaku International and Abdulai Barrie as the Deputy Secretary-General Tabital Pulaaku International.

On his part, the Secretary-General of the TPI’s Chapter in Sierra Leone, in ascertaining the two appointees, Abdul Razak Bah and Abdulai Barrie, legitimacy in the Sierra Leone Chapter he disclosed that they have never been registered members of the Chapter, nor have they ever expressed interest in joining the chapter.

Other senior members of the Tabital Pulaaku International Sierra Leone Chapter both locally and internationally have expressed serious disappointment over the Abuja incident and described it as very unfortunate and that they do not recognize the appointments. 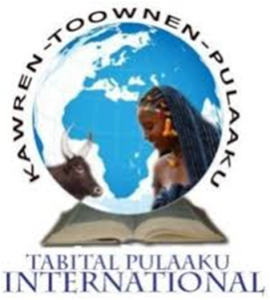