One of Sierra Leone’s most outstanding female Pharmacists and entrepreneurs in Sierra Leone, Dr. Manal Ghazzawi, is the latest and proud recipient of one of the world’s prestigious awards, bestowed on her by Women in Africa Entrepreneur (WIA54) initiative. She won the award because of her outstanding contributions in the medical field and particularly because the CITIGLOBE Ltd Health Pharmacy, which she owns and is situated on Campbell Street in Freetown continues to offer low cost products and prevention services for certain diseases

Dr. Manal Ghazzawi is a specialist pharmacist and a public health specialist. She started her entrepreneurial journey by obtaining a loan from her brother in law in 2013 which she used to establish the first branch of her pharmacy, Citiglobe Pharmacy, now a household name in the pharmaceutical industry in Sierra Leone.

Her postgraduate qualification widened her horizon which made her become more passionate about public health and she incorporated that into community pharmacy practice.

In an exclusive interview with, Dr. Manal Ghazzawi, she intimated how she woke up one beautiful morning, dreaming of herself becoming the winner for Sierra Leone, among women in Africa Entrepreneurs (WIA54). “Yes my dream came true. I feel blessed and honoured to have been selected among 3,800 participants in Africa,” she told this medium with a big smile.

“When a woman is in power she gives her all to her children and the community. Women in Africa can change the world with their integrity, sincerity and passion,” Dr.Ghazzawi inspired.

She continued that: “practicing as a pharmacist in a developing country where the majority of the population has easy access to drugs and hence prone to the misuse of drugs is very challenging and because I believe in rational use of drugs I will not recommend/administer treatment for common infectious diseases without prior confirmatory test and proper clinical evaluation.”

Dr.Ghazzawi added that such was what made her introduce rapid diagnostic tests for prevalent diseases like malaria, typhoid, H.pylori etc.

She furthered how she has also contributed in vaccinating thousands of Sierra Leoneans in her campaign towards viral hepatitis elimination and also incorporated her skills and qualification as a clinician specializing in diabetes management into her practice which has affected the lives of many Sierra Leoneans with diabetes in an impactful manner.

“Today I own three outstanding community pharmacies,” she disclosed adding that she is very passionate to serve her country and vulnerable Sierra Leoneans.

Dr. Manal Ghazzawi stated that she always ensures that the professionals she works with has her own values and integrity to deliver with passion attesting that they have contributed immensely to the success of her business.

WIA is a philanthropy Foundation for women with a potential to shape the Africa of tomorrow. Each year, the WIA 54 Award recognizes 54 women entrepreneurs from each of the 54 African countries.

The Wia54 winners 2020 had 54 winners from 5 regions of Africa, 8 revelations, 1 Gold award. Revelation and gold Award will be released on TV5MONDE in September 2020.

Under the leadership of Aude de Thuin, a serial entrepreneur committed to the cause of women for 20 years worldwide and Hafsat Abiola, its President, Women In Africa has become the first platform dedicated to the economic development and support of leading and high potential African women.

Officially launched in 2017, the global initiative Women in Africa (WIA) supports, accompanies and contributes to the promotion of this new generation of African women to the service of an inclusive and innovative Africa. 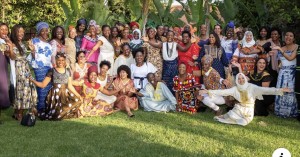 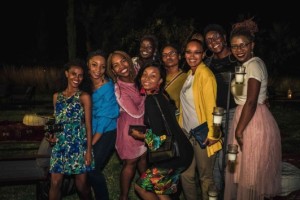