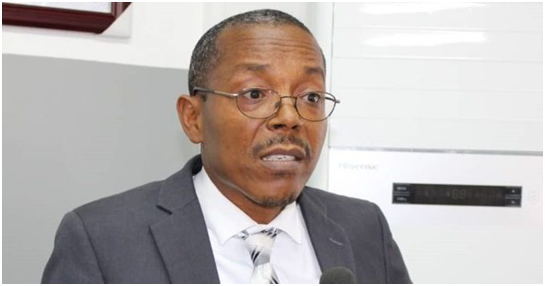 The census results that were released a few days ago by Statistics-Sierra Leone have generated heated debates and discussions in various circles around the country bordering on its credibility.

Joining the fray, is the Minister of Lands, Housing and Country planning, Dr Turad Senesie, who was responding to an appeal made by an APC Member of Parliament for a reconciliation of the census figures after the results have already being published.

He predicated his response on the deliberate unwillingness on the part of most members of the main opposition All Peoples Congress (APC) Party to work with particularly President Julius Maada Bio and by extension the ruling Government to bring positive national transformation.

Dr. Senesie said he could still recall after the 2018 elections when President Bio contacted some of the opposition members to be appointed to join cabinet but all of those contacted refused to join him in running the country.

He also highlighted that some Civil Society activists that are women were also asked to be appointed in an effort to get the 30% women representation the President promised in his Manifesto but they all refused because their political godfathers told them not to join President Maada Bio maintaining that when they get to the radio people begin to hear the negative opposition voices.

The Minister then gave a litany of instances during which APC functionaries decided to be non-cooperative or boycott important State functions or activities for no justifiable reasons. He mentioned their refusal to join the Government at Bintumani to map out a pathway for national reconciliation but they refused, to listen to what the President wanted to say in running the State but they walked out of Parliament, to do a mid-term census to help determine development trajectory but they shouted at rooftops asking people not to be counted.

He also stated that when former President Ernest Bai Koroma was recently visited by the current Vice President, Dr Mohamed Juldeh Jalloh, the APC media handlers misinformed the public that Maada Bio is begging President Koroma rather than seeing it as a move to working together and so on.

The Minister then asked the rhetorical question; “So who do you blame for all this tension in Sierra Leone?”

He continued that the Commission of Inquiry, as he had stated often and again was a move by the President to send a message to Appointees but that was taken out of context and again taken to some other level.

Dr Senesie argued that the economic situation that is globally affecting all countries has been turned into just a Sierra Leonean problem to a point that some sections of the opposition were even inciting the military to brutalize citizens and cause carnage and suffering to members of the Executive arm of the Government.

He suggested that we have to work assiduously to forestall that.

Again, he posed the question: “who should work towards uniting our people when your actions demonstrate your level of hatred for another group of people you believe are suppose to be under dogs and should not lead our country?”

He maintained that uniting the people is easy when others are ready to do so and not work towards destabilizing the State by refusing to cooperate with the executive on all policy issues.

He went on to state that the APC is setting bad precedents and he will keep reminding them just the way he was reminding them when we (SLPP) were in opposition.

“You cannot be in opposition and want to run the State using your own terms,” he stated adding that even the weakest regime on earth will never allow that to happen.

Dr Turad Senesie ended enjoining all to put Sierra Leone above individual interests adding that when there is a policy drive, let us look at that policy from a national lens and if there is an alternative such should be brought forward.

He concluded lamenting that in Sierra Leone everything is opposed and no alternative suggested.