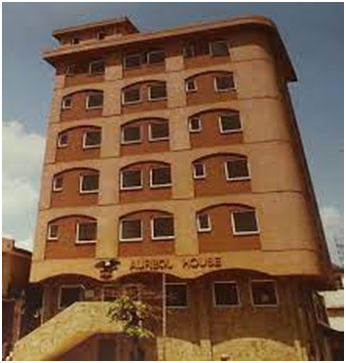 One of the conspicuous opposition figures in the country, Olufemi Claudius-Cole, in one of her recent Social Media posts, touched on an important topic which seems to be least talked about these days, the deliberate act of non-payment of claims by insurance companies to clients.

She began by asking the question: “Are insurance companies in Sierra Leone taking us for a ride?”

According to her, Government mandates that all vehicles must be insured saying over a million vehicles are insured yearly and many with 3rd party coverage.
She continued by indicating that the 3rd party means: third party car insurance policy ensures that if one causes an accident, any damage to the other person’s vehicle or property will be paid for by one’s insurer. She said that, however, damage to one’s vehicle will not be covered and one will need to pay the bill by oneself to get things fixed.
Olufemi Claudius-Cole lamented that such is not happening here, and said we must ask why?
She again asked: “How revenue is being collected and what happens to those millions of Leones?”, “Why are people not being paid, when they have been in an accident?” and “Are the people being scammed?”

Indeed, there are people in this country who are silently suffering as a result of the reluctance or unwillingness on the part of some insurance companies to honour insurance claims. We have heard of stories of how certain individuals made frantic efforts to have their claims honoured but all ended in futility with some ending up dying in frustration.

Concerns have been raised by some individuals that the credibility of certain insurance companies is questionable but they keep mushrooming in the country. As a matter of fact, most insurance companies generate revenue in two ways: charging premiums in exchange for insurance coverage and then reinvesting those premiums into other interest-generating assets.

Seemingly, it seems that profit maximization is what most of these insurance companies are particularly focused on more than providing support, as the law requires, to their clients after eventualities.

Insurance claims cover everything from death benefits on life insurance policies to routine and comprehensive medical exams. In some cases, a third party is able to file claims on behalf of the insured person. However, in the majority of cases, only the person(s) listed on the policy is entitled to claim payments.

In a country where certain cases take donkey years before verdicts are given, some people do shy away from taking matters to court. This is the case with certain individuals whose genuine insurance claims have been denied.

It is against such a bleak or grim backdrop that it is high time for steps to be taken by the Sierra Leone Insurance Commission (Slicom), the regulatory institution of all insurance companies in the country, to ensure that best practices must be followed and that the right things are done.

The Anti-Corruption Commission must launch an investigation into the operations of these insurance companies to determine whether they are operating according to laid down laws or just by the whims and caprices of those running them.

The time to act is now because there are people out there who deserve payments but otherwise, they are suffering.