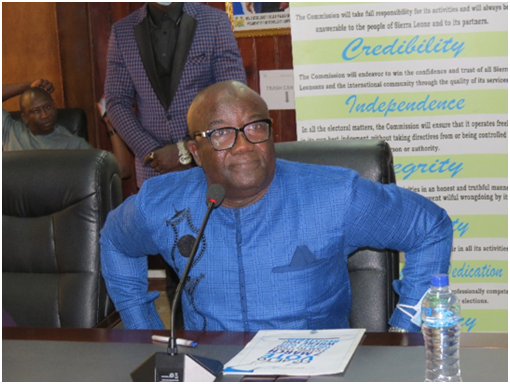 In a Press Statement issued by the Electoral Commission for Sierra Leone (ECSL) dated 2nd August 2022and signed by the Chief Electoral Commissioner and Chairman, Mohamed Kenewui Konneh, it was stated that the Electoral Commission for Sierra Leone (ECSL) is conducting Boundary Delimitation exercises for the demarcation of Constituency and Ward Boundaries in Sierra Leone, pursuant to Section 38 of the Constitution of Sierra Leone, 1991 (Act No. 6 of 1991) and other provisions such as : The Constitutional Instrument (Amendment) No. 2 of 2008; The Wards (Boundary Delimitation) Regulations 2008; The Public Elections Act, 2012; The Local Govt Act 2004; The Provinces (Amendment) Act 2017 and The Eight Establishment Orders 2017.

The ECSL continued how in that context, the Commission has set up a Boundary Delimitation Technical Committee with a clearly defined Terms of Reference adding that it will collaborate with Statistics Sierra Leone (Stats SL) for technical and operational assistance in providing Population Statistics Data, and expertise to draw electoral constituencies and ward boundaries using Geographic Information Systems technology.

It was concluded that after Parliamentary approval, the Electoral Commission will conduct nationwide awareness-raising campaigns on the allocation of seats and the Metes and Bounds descriptions of the Constituencies and Wards in the sixteen (16) electoral districts furthering that timelines on the Boundary Delimitation activities will be communicated to stakeholders in due course.