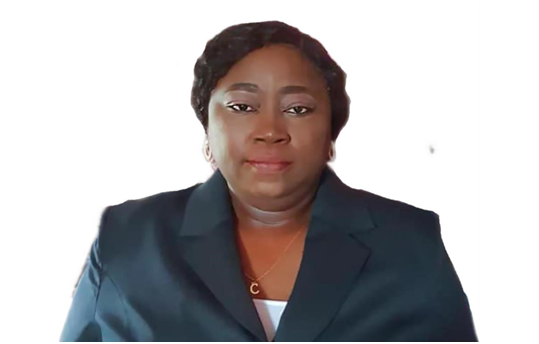 The Executive Director of the Legal Aid Board, Ms. Fatmata Claire Carlton-Hanciles, stated on the 10th August 2022, that it was really an unfortunate and disgraceful day for Sierra Leone.

According to her, she thought after the Special Court and the sentencing of the perpetrators who appeared before it Sierra Leone will not see what transpired on that day.

She called on all to imagine the Police Officers and other innocent lives lost in the riots maintaining that no one can call what took place on that day  as a protest.

The legal personality pointed out how such has been brewing for a long time since the elections finished and His Excellency Rtd Brigadier Julius Maada Bio came to power in 2018.

Ms. Fatmata Claire Carlton-Hanciles said a spade must be called a spade stating that when the late Solomon Berewa lost elections and the APC came to power, SLPP never gave that level of unrest and asked the question: “Why now?”

She said everyone needs to know that Sierra Leone does not belong to any one set of people but all of us asserting that the people are not afraid of any lawless set of people who do not believe in the rule of law.

“Today really is a sad day for all of us Sierra Leoneans as violence only begets violence,” she bemoaned adding that a country is destroyed not because of the bad people but because the good people sit and allow bad people to take over.

“Those of us who are peace loving Sierra Leoneans should stand with the Government,” she enjoined asking what happened to our democracy.

The Legal Aid Boss said she thought people were responsible enough to wait for elections and cast their ballots for a candidate of their choice stating how the tension is not helping this country and no Government is perfect as all have their respective lapses.

According to her, if disgruntled people really want to sort out issues of contention then a face to face meeting with Government can be held.

But to incite people, especially their poor clients who are ill-informed and can never come close to the seat of power, is despicable and disgusting.

“So if people say President Bio must go who then do they think will take the place of a democratically elected President,” she asked rhetorically.

She reminded Sierra Leoneans that the country belongs to all of us maintaining how we believe in democracy.

“The country is bigger than all the personal ambitions and self-aggrandizements of some politicians who are so desperate to have power,” she claimed and appealed to wait for the ballot box stating that peaceful Sierra Leoneans are in the majority and must stand with law and order, the Government and people of Sierra Leone.

“Peaceful Sierra Leoneans are simply tired,” she said furthering how the strategy will boomerang on politicians as the ordinary man does not condone violence.

She pointed out the real fact that Sierra Leone is not the only country that is suffering from inflation reiterating that a face to face dialogue is the best and most civilized way to sort out issues anywhere.

For her, to spur people to take to the streets at a time of world economic strife when tempers are hot during which innocent people lose their lives is totally unnecessary.

“Shame on all those trying to take Sierra Leone down because of their own human wants,” she condemned adding how the country, by the grace of God, is bigger than all concluding that we will rise and claim our position as a peaceful nation again.