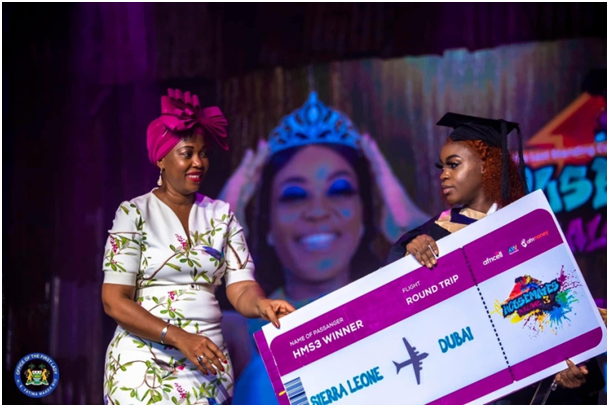 Housemates Salone Season 3 with the slogan “Di Game Get Yagba, If You Nor Able Na for Pull Hand” came to an end on the 17th July,  2022 after a successful eight (8) memorable weeks of  “Yagba”,  romance, comedy and fun among other thrilling episodes that got viewers glued to their TV Sets, whipping up gossips and heated discussions in social gatherings. The Reality Television Show was all about entertainment, fun, competition, games and exposure crowned with big wins.

Next to follow will be Housemates Salone Season 4 and it will come in 2023. According to the Chief Executive Officer of the African Young Voices (AYV), Ambassador Anthony Navo Jrn the Season 4 Winner will take home a mouth-watering grand prize of $ 50,000 which is equivalent to Le 500,000,000 (Five Hundred Million Old Leones) and (Five hundred Thousand New Leones). The show, it must be reiterated, will return for its Fourth Season in 2023 with a double of this year’s grand prize.

It must be noted that at the outset of the just concluded Housemates Salone Season 3 , the Reality TV Show featured 22 young men and women, in total, living together for two months, with no connection to the outside world. The show was viewed live on AYV TV, online social media streaming, YouTube and DsTV 24 hours a day, seven days a week. As it progressed, the Housemates, as couples performed various tasks assigned to them by the unseen Chief or Madam and were voted for by members of the public. The cumulative scores garnered from the performance of assigned tasks and from public voting were then used, as part of the assessment tools or yardsticks used to get the ultimate winner.

Emerging as the ultimate winner was Julianna Conteh aka ‘Julie Tombo’ who bagged a whooping sum of Le250M and a ticket to embark on a round trip to Dubai. She was congratulated by the First Lady, Madam Fatima Bio.

In her statement, the First Lady, Dr. Fatima Maada Bio, said, “It is good to have a dream, but it takes a special person to act on the dream and make it come true, which is a special gift and Ambassador Junior Navo is one of those special people in this country.”

She acknowledged his relentless efforts in making one of the biggest Reality TV Shows a smashing success. “I will continue to support your vision because your vision is one that will make our country a better place.”

Dr. Fatima Maada Bio continued by urging young people in the country to keep believing in themselves and to know that they are capable of making a positive impact that will bring about positive change.

She noted that the narrative of Sierra Leone has changed as a result of the Show and the country’s beauty has been positively projected beyond the borders of Sierra Leone, encouraging every Sierra Leonean.

On his part, the Chief Executive Officer of the Africa Young Voices (AYV) Media EmpireAmbassador Anthony Navo used the opportunity to announce the grand prize for the Fourth Season of Housemates Salone. He thanked all the participants for their zest and those who contributed in one way or the other to make the show very successful. He extended special thanks to the First Lady for honouring the invitation to grace the occasion.

Housemates Salone Season 2 was won by Housemate Sarah Conteh Robert who grabbed the star prize of Le250 million and a two-week round trip to Dubai.

Sarah, the first-ever female to win the TV show, beat 7 other housemates at the final, which was held on December 13, 2020.

This year’s season attracted a large number of young people from all over Africa and beyond to participate in the competition.

In a bid to manifest those qualities was what really will made the Reality TV Show very interesting to watch providing some form of relief for viewers and serving as a therapy to reduce stresses.

Housemates Salone Season 3, will for a very long period of time, etched on the minds of many as one of the biggest events of the year.

It was a kind of refinery where the competitors went through life overhauling experiences to an extent that life after Housemates Salone is now completely different for them. 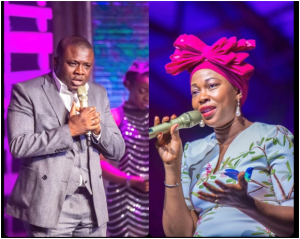