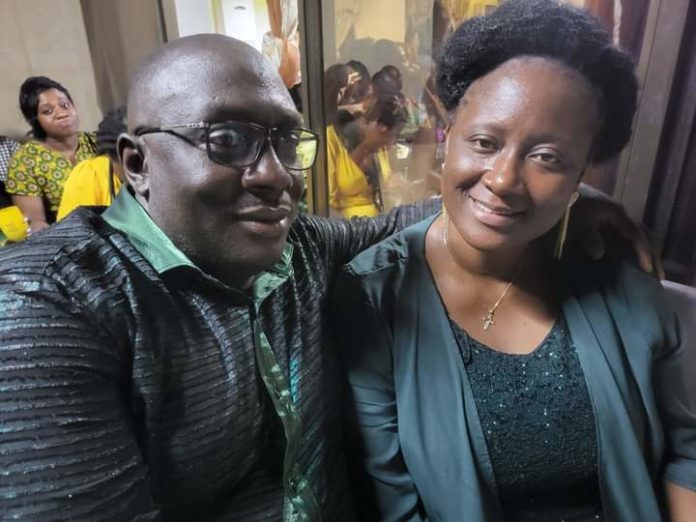 Reverend Smart K. Senessie was on the 11th January 2022  appointed by President Julius Maada Bio to serve as the new  Executive Director of the Sierra Leone Road Safety Authority (SLRSA) ,the statutory institution charged with the responsibility to regulate and coordinate development in the Road Transport sector plus any other thing connected thereto.

From what this medium gathered, Reverend Smart K Senessie is a highly respected clergyman of proven high caliber and unblemished reputation.

Prior to his appointment he was the Chairman of the Board of Directors at the Sierra Leone Road Maintenance Fund Administration (SLRMFA) a position which he held for years.

As a respected clergy man and a seasoned Public Administrator, Rev. Senessie is the Director of Missions and Development at the United Methodist Church of Sierra Leone, one of the leading Christian Missions across Globe from April 2009 till date. A mission he has served in various capacities.

Rev. Senessie started his academic sojourn at the great Albert Academy and later proceeded to the most prestigious Fourah Bay College, University of Sierra Leone where he earned himself a very sound Degree in Political Science class of 1996 and later bagged two Masters Degrees one In International Relations and another in International Financial Management from Fourah Bay College and the Institute of Public Administration And Management University of Sierra Leone respectively.

Shortly after announcement of his appointment, James Baggie Bio, the Acting Executive Director SLRSA during a staff meeting admonished members of staff to give their unwavering support to the newly appointed Executive Director.

Rev. Smart K Senessie will have to face the Parliamentary Committee on Appointments and Approval at a later date.

He’s faithfully and happily married to Hannah Smart Senessie, having 3 kids, two boys and a girl.