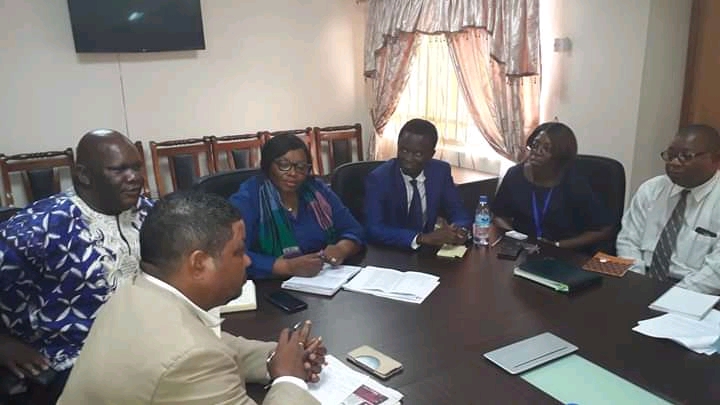 The UK International Ambassador for Human Rights, Rita French has met with the Commissioners of the Human Rights Commission of Sierra Leone at their headquarters at Tower Hill where several human rights issues were discussed.

The UK Human Rights Ambassador is in the country with a focus on progressing human rights and media freedom, women’s rights and media freedom in Sierra Leone.  Rita French praised the unique religious tolerance in Sierra Leone whilst mentioning the political division between political parties that creates tension.  The UK Human Rights Ambassador prayed for a gender inclusion society.

The Chairperson of HRCSL Patricia Narsu Ndanema said one progressive way of human rights are laws put in place by the state and also structures to protect and promote human rights. She mentioned about the domestication of the Convention on the Elimination of all forms of Discrimination against Women, the MAPUTO Protocol and the passing in to law of the three gender justice laws. The Chairperson also spoke about some traditional beliefs that are posing as barriers to women as well as the FGM and women’s participation in politics.

Commissioner Simitie Lavaly deliberated on the issue of the pregnant school girls not allowed in schools and the implication it has on the right to education of the girl child. She also explained the position of the HRCSL on that issue still stands as was explained in its February 25th 2015 press release believing that the policy discriminates against women and girls and that pattern of stigmatizing pregnant young women would worsen their marginalization as well as their vulnerability.