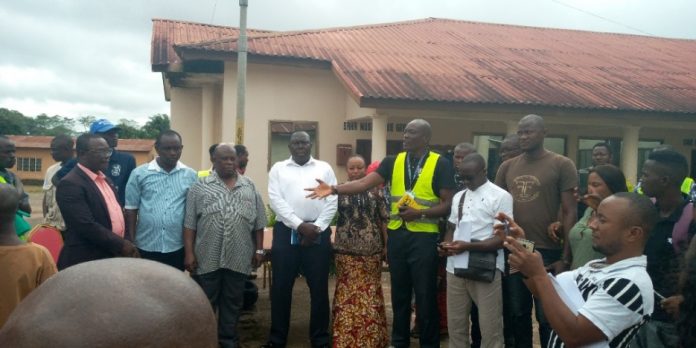 The exercise aimed at ridding the City of plastic waste to enhance hygiene and sanitary conditions of residents while also reducing indiscriminate littering of plastic.

Speaking during the official launch held at the offices of the Koidu New Sembehun City Council (KNSCC), WHH Deputy Project Manager of the Improved Waste Management Project in Koidu City, Alfred Maada Fobay said that the project’s objective is to improve sanitation and hygiene in the City while also providing food for those bringing in their bags of plastic.

“This exercise would help clean our communities and ensure that the people of Koidu remain very healthy,” Mr. Fobay.

The Chief Administrator of the Koidu New Sembehun City Council- Ahmed M. Lahai stated that the people should not only focus on plastic waste but cleaning of their environment as the Campaign is for everyone. He stressed that residents should not throw dirt on the streets of Koidu as it would cause health problems for everyone.

“Let us take this Plastic for Rice campaign very seriously as it helps to clean our environment and transform Koidu City to one of the cleanest in the country,” the KNSCC Chief Administrator stated.

The Deputy Mayor of Koidu City, Tamba Patrick Ellie in formally launching the Campaign thanked DFID and WHH on behalf of the Mayor for bringing the Waste Management Project to Koidu. He stressed that with this initiative the City would soon be free of waste proliferation.

“A clean environment brings us closer to God and let us be determined to clean Koidu City of plastic and other wastes,” the Deputy Mayor said, adding that flies, cockroaches would be challenges of the past in homes around the City of Koidu.

Residents of the city came out in numbers to respond to the call to help clean their communities of plastic waste. Notable amongst them was Aminata S. Kondeh who brought eighty-eight (88) bags of plastic to the collection centre at Lebanon Junction and was given four bags of rice as an incentive for her efforts to support waste management in Koidu. 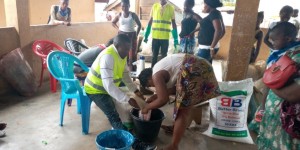