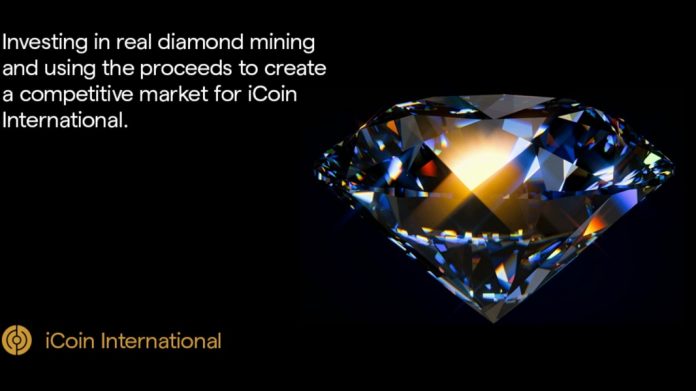 As the popular maxim goes, “Diamonds are a girl’s best friend”, and this is how many might describe the path to a woman’s heart. Without a doubt, for thousands of years, or perhaps since the discovery of diamonds, these rare gems have remained a social symbol of affection between couples owing to their aesthetic beauty.

They are also well recognized as the occasional medium of exchange, as is their use in manufacturing and even medicine — thanks to it being one of the hardest known substances.

However, they also have a longstanding and serious controversial socio-economic and environmental impact, thereby tainting the abstract quality of these precious gems.

With growing awareness about the illegitimacy surrounding many diamond mining operations, consumers today are concerned about the source of their diamonds. Two broad classes of controversial diamond mining have been identified, one of which is commonly termed conflict or blood diamonds, which involves the class of diamonds mined in war zones and sold illegally to fund conflicts. The other involves mining operations which lead to adverse environmental impacts such as erosion and severe land pollution – creating an extensive land disturbance that has ecologists worried about the long-term rippling effect on the ecosystem.

A point of interest here would be Sierra Leone’s diamond mining operation, which accounts for 1% of conflict diamonds in global circulation, second to Angola with 2.1%. More so, 15% of diamonds produced in Sierra Leone are conflict diamonds according to data by the World Bank. This presents a serious socio-economic problem as even government policies which were expected to curb these practices were in most cases known to intensify illegal mining and distribution of diamonds.

As for transparency and traceability, the company will leverage the decentralized nature of the blockchain as a public ledger to build a trustless network with immutable data properties. What this means is that mining operation data stored in the blockchain is decentralized, timestamped, and accessible by the public and can be trusted by diamond business stakeholders across the globe. Moreover, incorporating a smart contract system will ensure that transactions within the system are transparent and efficient due to automation.

Mining operations in Sierra Leone seem successful as there are over 2,500 small-scale operations across the country. Moreover, in 2018, the country reportedly exported over $150 million worth of diamonds up from $122 million the previous year. Although, studying the trend for a decade, severe volatility can be observed, perhaps due to the lack of a proper monitoring infrastructure – a phenomenon to be addressed by Millennium Mining corporation blockchain platform iCoin international.

Millennium Mining Corporation is setting up a new paradigm by introducing a monitoring infrastructure for mining operations in Sierra Leone. The company has conducted several tests in the location of Baimbawai Pool in the Sewa River and based on its findings, the pool’s potential is estimated to be worth around 1 to 1.5 million cubic meters of diamond-bearing gravel with grades ranging from 0.2 to 0.5 carat per cubic meter – an approximate 200,000 to 750,000 carats of diamonds in the pool.

Millennium Mining Corps hopes to tokenize the mining industry through its blockchain platform iCoin international, as it issues an ERC20 ICOIN token, which will perform the function of a currency within the platform as well as be used as a fungible token on the secondary market. ICOIN token will be distributed to early adopters of the platform through an Initial Exchange Offering (IEO) sale to be conducted on the LAToken cryptocurrency exchange.

The funds raised during the IEO will be used to fund the development of the platform, and over time, profits from the sales of diamonds will be injected back into the iCoin international business platform to create an exponential growth in value estimated to be worth 5,000% in value appreciation in 5 years.

Moreover, Millennium Mining Corp will conduct a buy-back program next year by offering token holders the opportunity to sell their tokens at market price, which will invariably reduce the number of tokens in circulation and increase the inherent value of the token.