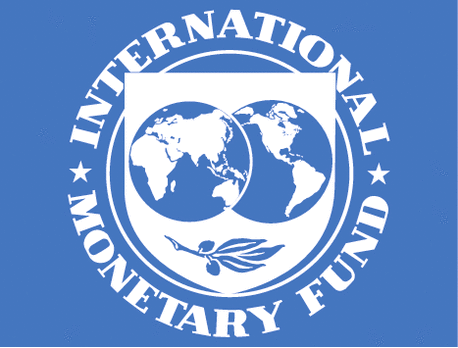 In what has been described as positive development the Sierra Leone authorities and IMF mission concluded discussions, ad referendum, on economic policies to pave the way for consideration by the IMF Executive Board of the first review under the ECF-supported program; continued actions to mobilize revenue and manage public finances remain key priorities to reduce public debt and create fiscal space for investing in people and infrastructure; stepping up structural reform efforts will be crucial to managing fiscal risks, ensuring greater accountability, and diversifying the economy for the benefit of all Sierra Leoneans.
An International Monetary Fund (IMF) mission, led by Karen Ongley, visited Freetown during April 23-May 7, 2019 to conduct the first review of the Extended Credit Facility (ECF) arrangement approved by the Executive Board on November 30, 2018.
At the end of the visit, Ms. Ongley issued the following statement:
“The economic landscape in Sierra Leone remains challenging. Yet, the authorities navigated these difficulties well in the year since taking office, helping to stabilize the economy. Real GDP looks set to pick up this year to 5.1 percent, thanks in part to the resumption of iron ore mining. After peaking above 19 percent last September, inflation moderated to 17.5 percent in March and is projected to continue tracking down over 2019.
“Faced with serious constraints on budget financing, the authorities kept the budget in check through stronger than programmed revenue performance and spending well below the budget. As a result, the overall deficit narrowed from 8.8 percent in 2017 to 5.8 percent in 2018. However, delays in donor receipts and uneven liquidity in the banking system, posed challenges for deficit financing and monetary policy, and impacted program performance.
“While program performance is broadly on track, slower than expected progress on structural reforms reflects the magnitude of policy challenges. Nine of the ten quantitative targets were met for end December 2018 and end March 2019. However, the Net Domestic Assets of the Bank of Sierra Leone (BSL) at end December 2018 exceeded the program target (performance criterion), partly due to BSL’s credit to government and continued foreign exchange market sales to stem depreciation of the Leone. Moreover, three of five structural benchmarks—the forensic audit of the BSL, developing a strategic plan for the two state-owned banks, and a strategy for clearing domestic arrears—have been delayed, as the underlying issues are proving to be more complex than anticipated.
“With this in mind, the Sierra Leonean authorities and the mission reached understandings, ad referendum, on economic policies aimed at enhancing accountability in managing public resources, diversifying the economy and promoting more resilient and inclusive growth. The authorities’ commitment to mobilizing domestic revenue and improving expenditure management to achieve a gradual reduction in the deficit will help ensure that public debt returns to a sustainable path. Notwithstanding pressures on the budget, the authorities will safeguard poverty-reducing spending and other priority spending under the Government’s National Development Plan. Limiting the recourse to domestic financing will also reinforce the BSL’s objective of bringing inflation down to single digits by the end of the program. Maintaining a flexible exchange rate system and increasing foreign exchange reserves will boost resilience to economic shocks.
“The authorities have calibrated their policies to address longstanding vulnerabilities, but this also requires maintaining policy discipline and stamina. Notwithstanding their ambitious revenue goals, the program reflects a more cautious revenue assumption as a buffer to deal with fiscal risks, such as reliance on donor financing, the large outstanding stock of domestic arrears, and high prospective debt service payments. Stepping up efforts on the structural reforms underpinning the program is crucial to the goals of managing fiscal risks and ensuring greater accountability for the benefit of all Sierra Leoneans.
“The IMF’s Executive Board is expected to consider first ECF review by end-June 2019. Completion of the review would make available SDR 15.56 million (US$ 21.5 million), bringing total disbursements under the program to about SDR 31 million (US$ 43 million).
“The mission met with Vice President Jalloh, Minister of Finance Jacob Saffa, Deputy Minister of Finance Patricia Laverley, Governor of BSL Kelfala Kallon, Finance Secretary Sahr Jusu, other senior government and BSL officials, representatives of the financial sector, civil society, and development partners. Mr. Kingsley Obiora, Alternate Executive Director representing Sierra Leone, also joined the concluding meetings.
“The mission wishes to thank the Sierra Leonean authorities for their warm hospitality, and the constructive and rich discussions during our visit to Freetown.”