In their quest to enhance wider access to innovation and technology in the country, Orange-SL, one of Sierra Leone’s leading GSM mobile operators, in partnership with the Ministry of Basic and Senior Secondary Education and ST Foundation, Bridge the Digital Divide-Sierra Leone has on Wednesday 26th and Thursday 27th February 2020 launched the Super Coders Project at the Ahmadiyya Secondary School and the Methodist Secondary School respectively within the Kenema District.

In his statement, on behalf of Orange SL, the Regional Business Manager -East, James Barlatt, expressed appreciation to the various school authorities and pupils for gracing the event, adding that the launch of the Super Coders Project in their schools will enable the pupils to make their own interactive Stories, Animations, Games, Music and Art adding that Scratch has large collections or libraries of cool graphics and fun sounds to play around with that enable children to solve real life social issues through coding and animation which will not only benefit them as pupils but the country as a whole.

He said the Super Coders Project is an introductory ICT training program for children between ages of 9 to 16 and that Scratch is a computer programming language, adding that with Super Coders Scratch, programs are made by joining together coloured blocks using the Mouse. This group of blocks (called scripts) tells characters on the Screen what to do.

He maintained that coding, once introduced in related schools by Orange, will be included in their ICT curricular and will be taught by the ICT tutors in each school saying many will recall that Orange commenced the execution of its FQE project in October 2019 when the company distributed 2,000 hygiene packs to 20 schools in the Western Urban and Rural areas, conducted awareness and sensitization raising on menstrual hygiene and sexual reproductive health. He furthered that within the course of this year, Orange SL will roll out all five projects before the end of 2020.

He added that Orange, being a multi service provider and a responsible corporate citizen places emphasis on corporate social investments, adding that in the last three years, Orange has invested about $ 400,000 dollars mainly in the areas of women empowerment, health, education and the environment and that the company remains the first mobile operator in Sierra Leone to contribute to the Government’s Free Quality Education (FQE) initiative by pledging the sum of $1.5m in material assistance over a period of five years.

He additionally disclosed to the audiences that Orange will be hosting the biggest inter-school competition which will commence soon and the winner will be given a well equipped computer lab built and finished by Orange-SL.

Director, ST Foundation, Bridge the Digital Divide-Sierra Leone, Mohamed Dumbuya, disclosed that Scratch is a free programmable toolkit that enables kids to create their own games, animated stories, interactive art and share their creations with one another over the internet.

He expressed appreciation to Orange Sierra Leone for partnering with ST Foundation in implementing the Super Coders Scratch Project in secondary schools across the country.

He also buttressed and reiterated that the Super Coders Project is an introductory ICT training program for children between ages 9 to 16 adding that the union, marriage or partnership they are enjoying was created by UNICEF-Sierra Leone by introducing the two parties and brought them together.

He revealed how STF/BDD-SL has been working in providing ICT education for schools and tertiary institutions in Sierra Leone for the past 10 years and within that period of operations over 145,000 Sierra Leoneans have benefited.

He said ST Foundation has 31 locations in the country, but Ahmadiyya Secondary School and the Methodist Secondary School are the only beneficiaries in Kenema District, adding that they have presented a list of schools that will benefit to the Ministry of Education for approval and urged the pupils to make good use of the opportunity offered by Orange and ST Foundation.

Orange CSR Officer, Rebecca Sogbeh, disclosed their package for the Free Quality Education revealing that Orange as a company remains to be the first operator in Sierra Leone to contribute to the Government’s Free Quality Education (FQE) initiative by pledging the sum of $1.5m in material assistance over a period of five years.

She said in fulfilling their commitment, in 2019 Orange has launched and rollout hygiene packs for girls aged 12-18 years adding how they are going to donate 10,000 packs over five years and over 2,000 sanitary packs yearly to schools.

She noted that Orange-SL will launch and rollout during this year solar kits for school children in the rural areas out of which 1,000 solar packs kits will be distributed over five years to 200 villages without grid to be covered per year stating how they will install them in local libraries/community centers/schools etc. and 100,000 individuals are expected to benefit from the project.

She said Orange in partnership with the Ministry of Basic and Senior Secondary Education (MBSSE), designed five projects. One of such projects is the Super Coders Scratch Program which Orange in partnership with ST Foundation intends to introduce through ICT training on basic coding for children in 100 secondary schools with existing ICT labs over a period of five years.

Chairman of the Education Committee, Kenema City Council, Councillor Alimamy Rogers, who officially launched the Super Coder programme at Ahmadiyya Secondary School, also expressed appreciation to Orange-SL and ST Foundation for the implementation of the project in Kenema District.

He admonished the pupils to make good use of the given opportunity underscoring how it will enhance the development of the children and the country as a whole.

Principal of the Methodist Secondary School in Kenema, Madison M. Bockarie who officially launched the Super Coders Programme at the Methodist Secondary School said it is not the first time Orange SL has been supporting them, adding that prior to this launch Orange availed them so many platforms highlighting that they have been bringing all their promotions to their school.

He also admonished the pupils to make good use of the opportunity as the entire program is centered on them, adding that they should also use the internet wisely noting that so many pupils do misuse the internet. 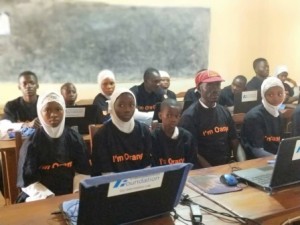 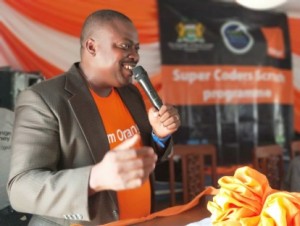 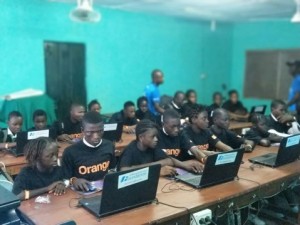 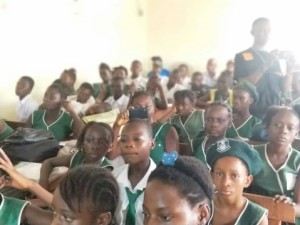 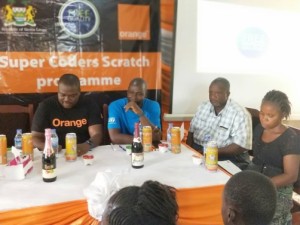 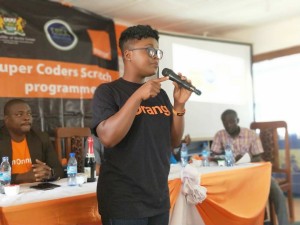 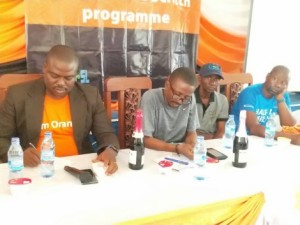