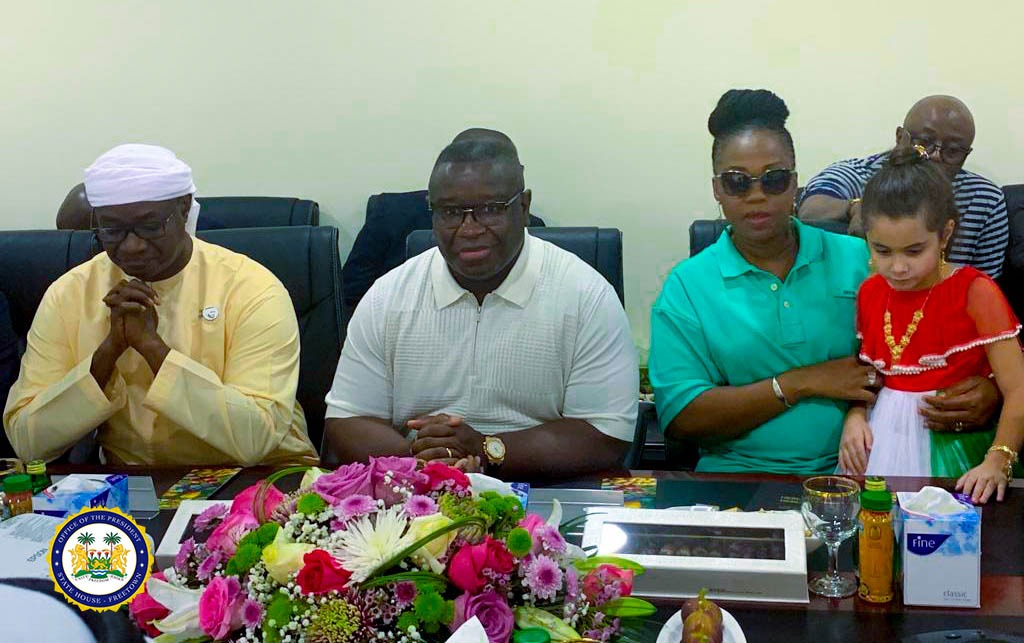 Dubai based Elite Agro has been engaged and lured over to invest in Sierra Leone in the agricultural sector. This was disclosed from the UAE capital where President Dr. Julius Maada Bio met with the Chairman of Elite Agro, Sultan Alshamsi on Saturday 26 October 2019 and discussed about possible ways of investing in food cultivation in Sierra Leone.

Elite Agro is the leading producer and distributor of agricultural commodities in the UAE, engaging in growing, sourcing, importing and marketing a wide range of high-value agricultural products through world-class technology and effective distribution chain with the most economic use of natural resources. The company operates in several countries in Africa and around the world.

During their talks, President Bio told Agro Elite the importance of food security as part of his human capital development priorities. H said the country needs adequate food production in order for the overall developmental plan of the government to succeed.

Our government has been encouraging investors in the agricultural sector to be able to produce more food, create jobs, and reduce the importation of foodstuff, particularly rice – the staple food of the country. He also noted that Sierra Leone was a perfect place for agricultural activities because of its fertile land and added that with the required modern technology, the country would return to its past glory of being a rice exporting nation. He also mentioned that he was looking at possible ways of transferring modern skills to locals, saying that that was the best way of taking people out of poverty.

“We want to produce more food to feed our people and reduce rice importation and as well begin to export food items to other parts of the world. We have landed the African Free Trade which means we also have a big market of 1.2 billion to sell our products. We also want improved technologies because that will help us get improved variety of crops,’’ he said.

The Chairman of the Elite Agro, Sultan Alshamsi, was very elated at the report given by the president about his country. Sultan Alshamsi said that they were interested in investing in Sierra Leone because of the favourite climate they had seen. As a result, he assured of readiness to help the West African nation grow its own food to feed its people with enough to export, which would help boost the local economy.

Other areas of investments like skills transfers to locals, etc, all in a bid to ensure that the country produces enough food for sustainability. The president was accompanied by the First Lady Mrs Fatima Maada Bio, Sierra Leone’s Ambassador to the UAE, Rashid Sesay, and other senior members of government, was also taken on a conducted tour of various operating farms of the Elite Agro in Al Ain, UAE ‘s inland oasis city on the eastern border with Oman.