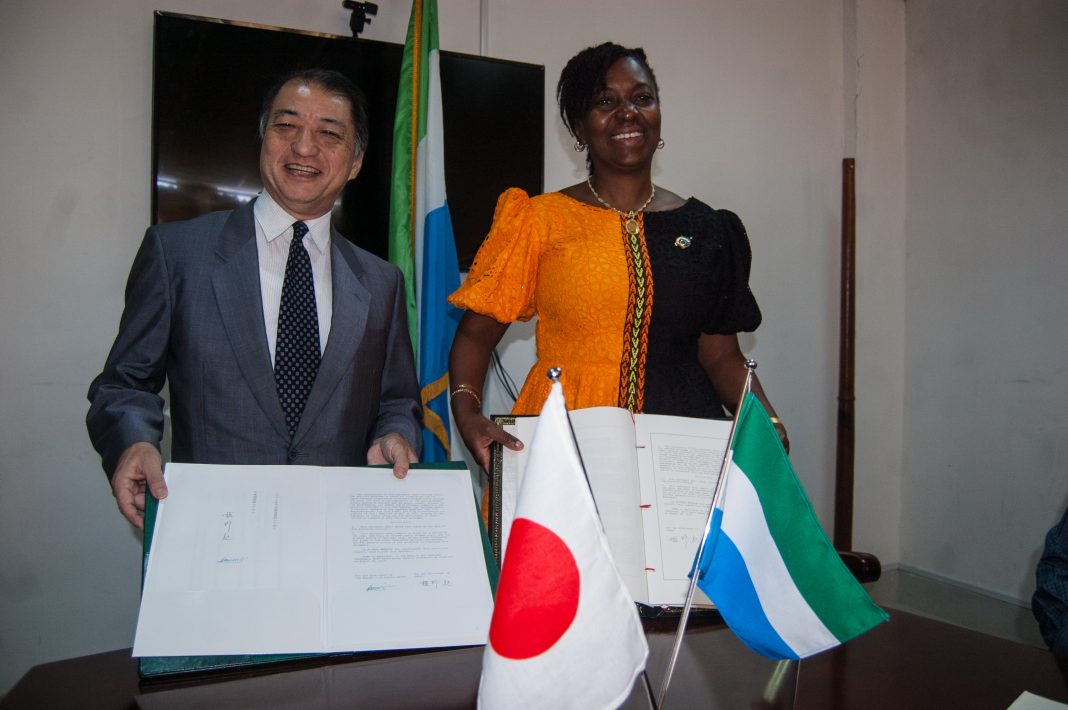 The Government of Sierra Leone on Thursday August 22, 2019 signed two corporation agreements with the Government of Japan on technical cooperation and the Japan Overseas Cooperation Volunteers Programme (JOCV) at the conference Hall of the Ministry of Foreign Affairs and International Cooperation at Tower Hill in Freetown.

“We have had extensive collaboration between Japan and Sierra Leone,” the Japanese Ambassador said.

He also said that they have formally invited President Bio to Japan to participate in Tokyo Africa Development Conference from August 28 to 30 2019 and a meeting with the Prime Minister of Japan to strengthen cooperation between the two countries.

“I am looking forward to promoting the good Japan-Sierra Leone relationship and corporation,” the Ambassador of Japan Tsutomu Himeno concluded.

The two agreements will see Sierra Leone receiving at Japan’s own expense, equipments, machinery and materials to enhance technical training and other forms of cooperation to contribute to the economic and social development of Sierra Leone.

Responding, the Minister of Foreign Affairs and International Cooperation Nabila Tunis expressed profound thanks and appreciation to the Government and People of Japan for their continued support towards the sustainable development of Sierra Leone.

She applauded Japan for supporting the energy sector in Freetown, Water in Kambia and the Health, education and agricultural sectors across the country.