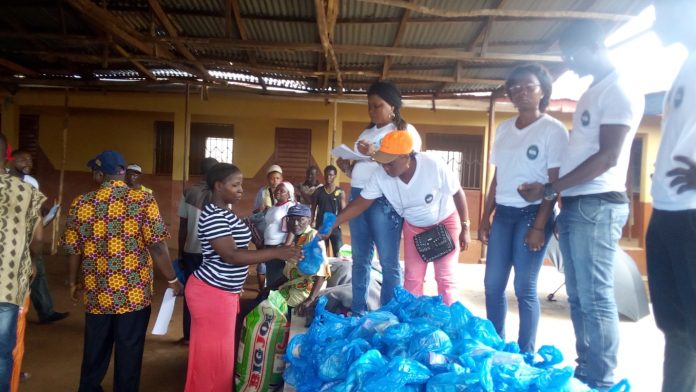 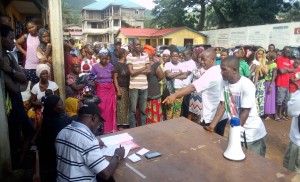 Sierra Leone Mission and Development Inc, a non-governmental organization has on Tuesday 21st August, 2019 donated food and non- food items to the victims who experienced or suffered from the recent Wellington flood.

Speaking to this medium during an interview, Program Director of Sierra Leone Mission and Development Inc, Catherine Kamara, disclosed that the donation is geared towards helping the flood victims with relief items adding that this is not the first time they have been extending such a gesture.

She said her organization has been working tremendously to bring hope, help and healing to humanity especially during times of distress adding how they are committed to ensure that they fulfil their vision as an organization.

Catherine admonished residents to take care of the environment they are living admonishing that they should not dump waste into drainages, as such a practice was identified as a major factor that led to the flood.

She urged Government to put mechanisms in place to relocate people living in disaster prone areas and called on authorities responsible to construct proper drainages for the free flow of water.

The Project Director lamented that over the years Governments have allowed people to build houses in disaster prone areas without any proper environmental planning.

She encouraged people living in disaster prone areas to move to safer locations where their lives will be protected as their lives are more important.

Councillor of Ward 406 within Constituency 115, Luckyn M. Mansaray thanked the Sierra Leone Mission and Development Inc for their kind gesture furthering how it is not only important but timely as the flood victims are currently challenged and they are in dire need of basic necessities.

He sympathized with the bereaved family who lost their loved ones as a result of the flood, promising they will ensure that they lobby relevant partners in order to come to their aid.

The Councillor said they have been sensitizing people on flood prevention especially those living up the hills saying they admonished them to stop deforestation and dumping of garbage in the drainages when it rains as these are major reasons leading to flood.

He called on Government to put mechanisms in place to relocate people living in disaster prone areas to safer places.