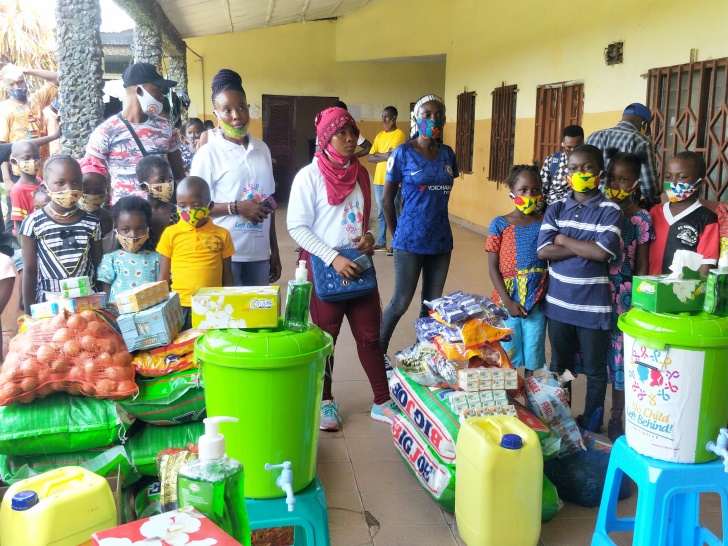 In commemorating the Day of the Africa Child and as part of their support to less privileged children in the country, the “No Child Left Behind Initiative” has on Tuesday 16th June, 2020 embarked on a Coronavirus sensitization drive and donation of food items which includes Bags of Rice, Maggi, Bags of Onions, Gallons of cooking Oil, Pepper, etc. and facial masks to the Wellington Orphanage Home & Children’s Redemption Orphanage Home, Masantigie Village at Waterloo Western Rural District.

Handing over the items, Secretary General of No Child Left Behind Initiative, Martha Mani disclosed that the Day of the African Child is celebrated on June 16 every year since 1991, when it was first initiated by the Organization of African Unity (OAU) to honor those who participated in the Soweto Uprising in 1976.

She said that over the past years children have been celebrating the day in a grand style but said due to the outbreak of the coronavirus in the country children are not opportune  to celebrate it this year, adding that since the No Child Left Behind Initiative is an organization that has been working for the development and welfare of children in the country its members thought it fit to under taken the aforementioned donation to the Wellington & Children’s Redemption Orphanage Homes at Waterloo in the Western Rural District.

Martha Mani noted that food is very key to the lives of the kids stating how their organization has been supporting the Government National School Feeding Initiative but due to the presence of COVID-19 they decided to donate the food items in order to support the children with the strong belief that the donated items will help them greatly at this crucial moment.

She stated that at a time like this when the coronavirus is ravaging the country the welfare of children should be considered as very important, adding that handing washing, social distancing and the use of facial masks are very important towards curtailing the spread of the virus in the country. In that regard they also used the opportunity to educate the children on hand washing and the use of face masks.

She also noted that their organization has also undertaken similar donations in the provinces as a way of supporting residents there as well.

She expressed gratitude to Mrs. Jennifer Adeshola Thomason, who happens to be the pioneer of these organizations saying she has been working tremendously in order to support less privileged children across the country.

Receiving the items, Managing Director of the Wellington Orphanage Home Waterloo, Mohamed Kewulay Conteh expressed appreciation to the No Child Left behind Initiative and Madam Jennifer Adeshola Thomason for the gesture describing it as a timely intervention.

He assured them that the items will be used for the intended purpose by ensuring that they reach the right beneficiaries, adding that the children used to commemorate June 16 in a grand style but expressed the belief that with the stated donation by the organization such has brought happiness to the lives of these children.

One of the beneficiaries, Fatmata Kanu of the Wellington Orphanage Home expressed appreciation to No Child Left Behind Initiative for the gesture which she said they were in need of underscoring that food is very important to them as children.

She also called on other humanitarian organizations and individuals to follow the footsteps of No Child Left Behind Initiative during crucial moments like this.

On his part, the Manager of the Children’s Redemption Orphanage Home ,Masantigie Village, Pastor Abraham Wright on behalf of the orphanage  expressed gratitude to the organization for the donation, adding that the orphanage has been in existence since 2007 and since then they have been supporting orphan children.

He  further pointed out that currently the Home is housing 33 children and also supporting other children at other homes, stating that feeding has been a big challenge for them as a Home but said with support from organizations, including No Child Left Behind Initiative, they have been able to sustain the Home. 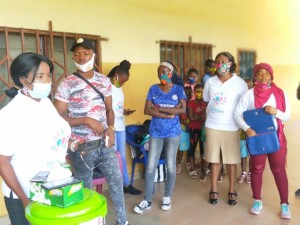 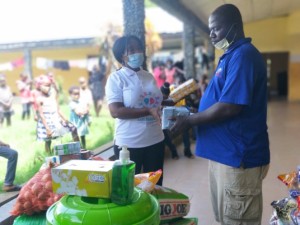 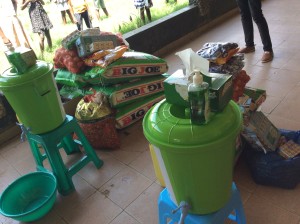 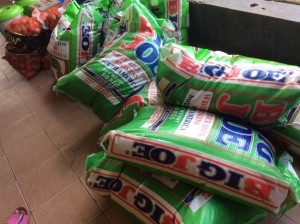 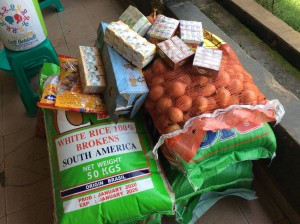