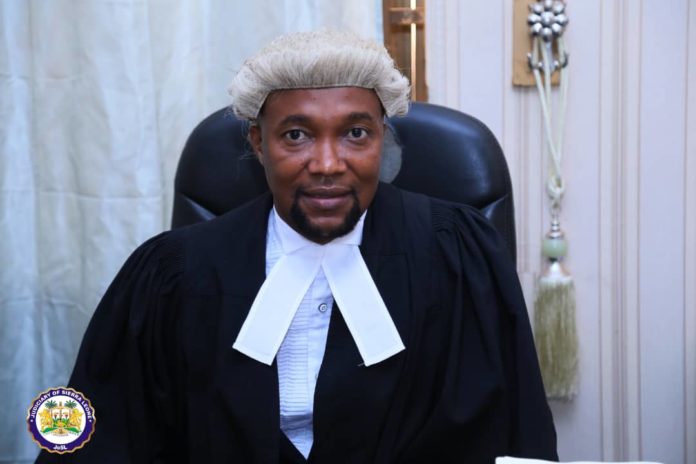 Magistrate Hadiru Daboh has on the 20th April 2022 amicably settled an impasse between the Unity ‘Ataya Base’ and Executive members of the Calaba Town Traders’ Union which created unrest in the community around May, 2021.

“What I have discovered in all of the evidence adduced before this Court is that the Complainant was put in occupation by one Ibrahim Sorie Saccoh (PW2), the owner of the property by the Executive Members of the Ataya Base,” said Magistrate Hadiru Daboh, stating that, “they in fact shifted her stall while renovating the Ataya Base entrance to the Complainant’s premises.”

Magistrate Daboh continued that the Second Principal Witness uncontrovertibly confirmed his ownership and tenancy relationship with the Complainant by identifying a Conveyance dated 11th day of June, 2012 registered as Volume 830 page 97.

Throughout the proceedings, the Magistrate maintained that it was apparent that the Defendant was granted transfer by the Ataya Base Executive unlawfully.

The Defendant pleaded not guilty to all the allegations brought against her.

The Defendant explained that she was insulted in the full view of the public, adding that there was a tree serving as a boundary to their stalls distanced by three feet.

“In as much as our foremost responsibility is the administration of justice, but as Magistrates, we have a duty to also resolve dispute in order to bring sanity in society,” Magistrate Hadiru Daboh said.

He ordered the Complainant’s stalls be restored proportionately on the right hand side as it were before the pavement of the Unity Ataya Base.

“That the Executive of the Ataya Base allows the Traders’ Union at the Calaba Town Market to perform their duties when it comes to feuds between and among traders before resolving it to the Court,” he said and imposed two Million Leones cost to be borne by the Defendant.