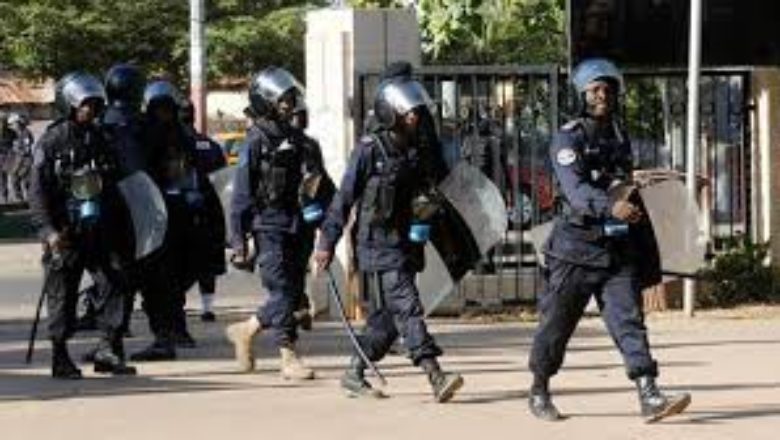 The Serekunda home of The Gambia’s leading anti-crime police officer has been set ablaze by an unruly mob angry over the reported death of a detainee.

A crowd of angry youth early on Wednesday set fire to Inspector Gorrgui Mboom’s house in Ebotown, 12km south of Banjul as word filtered through that a detainee had died while under the custody of the Police Intervention Unit.

Inspector Mboob and members of his family were not home at the time of the incident.

There has been no independent verification of the reported death in PIU custody of the detainee who was said to be a Sierra Leonean trader.

The outside and inside of Inspector Mboob’s building were vandalized and looked charred as burnt debris lay strewn on the tiled floor of the compound.

A detachment of helmeted PIU personnel has since been deployed to the scene where calm is reported to have been restored.

Meanwhile scores of demonstrators have been arrested by Gambian paramilitaries after a protest against the area council in Brikama, 35km south of the capital.

The protest was called over poor services by the Brikama Area Council (BAC) to the community.

Witnesses spoke of demonstrators being chased, beaten with batons, teargassed and frogmarched into custody by anti-riot police.

Most shops in the Brikama market were forced to close down amidst the unrest.