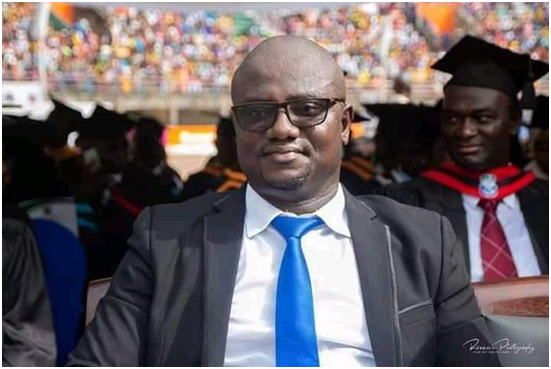 The Media Reform Coordinating Group (MRCG), a Coordinating Secretariat for media reform, research and capacity building in the country has called on the Electoral Commission of Sierra Leone and the Political Parties Registration Commission (PPRC) to engage Political Parties to desist from including campaign messages in the ongoing voter education exercise in the country. This disclosure was made as one of the Secretariat’s recommendations highlighted in its Media and Elections coverage and reportage on   the first phase of the Voter Registration for the 2023 Elections.

The report maintained that in the 2018 elections, the Media Reform Coordinating Group (MRCG) implemented a program on ‘Promoting Professional Media Coverage and Conflict Sensitive Reporting of the 2018 Multi-tier Elections in Sierra Leone’ funded by the United Nations Development Fund (UNDP) as part of the ‘Conflict Prevention and Mitigation during the Electoral Cycle in Sierra Leone’ project.

It added that one of the components of the program was to set up and operationalize the first Media Situation Room in the country, and that the Situation Room analyzed media contents of the 2018 elections and provided real time information on the media performance, mentoring and coaching that helped to provide broadcast and publication of unprofessional contents.

Commenting on the media’s coverage of the voter registration exercise, the report disclosed that the media in Sierra Leone developed series of approaches to cover and report on the electoral process since the pronouncement of the dates for the elections.

It continued that in order for the MRCG to get a vivid understanding of the media’s approach to the voter registration, it conducted series of interviews with stakeholders in the Sierra Leone’s media industry, including journalists from various media houses and the findings showed that all of the media institutions have developed an approach to cover the voter registration exercise.

The President of the Sierra Leone Association of Journalists (SLAJ), Ahmed Sahid Nasralla, said that the media has played a very significant role in terms of informing citizens about the importance of voter registration and also encouraging people to register for them to become eligible voters for the general elections.

The National Coordinator of the Independent Radio Network (IRN), Ransford Wright, stated that IRN continues to contribute to peace, free, fair and credible elections in Sierra Leone, hence they have been putting out quality and reliable information on the electoral processes, including the voter registration.

The Chairman of Guild of Editors, Donald Theo-Harding, said the print media are publishing various articles on the voter registration and monitoring the entire electoral processes.

The report further highlighted the Successes/Impacts of the Media Coverage and Reportage on the Voter Education which includes providing forums for the ESCL to engage people about the electoral process, including the voter education, informing the public about the need for voter registration and also educating them about the significance of the exercise, IRN produced its own jingles on voter registration that is broadcast in all partner radio stations across the country etc.

The report further pointed out the challenges in covering and reporting  Voter Registration included lack of release of timely information and sharing by ECSL to media practitioners, logistical challenges for media institutions to meet the operational costs to cover and report on the elections, lack of capacity building for media practitioners to effectively report on the electoral processes, inadequate funding  to roll out sustained national programs for particularly IRN which has a niche in elections reporting, political parties ‘skewed’ and used information in their interests, which they want the media to publish and broadcast, and thereby affecting the voter registration process, ECSL did not distribute jingles to be broadcast on particularly community radio stations..

Going forward the report made the following recommendations: that ECSL should be more open and easily accessible and to ensure timely release of information, mobilize resources for national media organizations and institutions, including SLAJ, IRN, IMC, SLBC and MRCG, to cover, report and monitor the elections.

It was also stated that donors should provide support to national media institutions to cover, report, train reporters and monitor the electoral processes, the media should not be seen as a tool, but rather a key partner and player in the electoral processes, journalists should be impartial in their coverage and reportage on the voter education process.

In conclusion the report called on ECSL to ensure a cordial relationship with the media, address the challenges in the first phase of the voter registration and implement recommendations for the second phase and the other aspects of the electoral processes and that if journalists are capacitated they can sensitize, educate and give out credible information to the public.