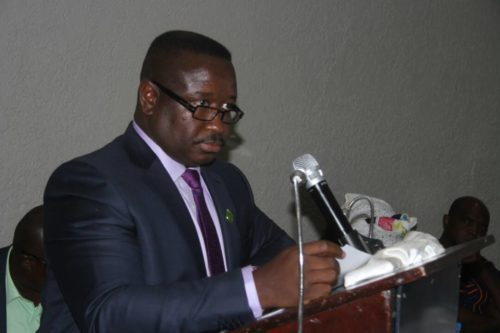 Many political pundits have stressed that it would do the ruling SLPP New Direction government no good to continue to be indifferent and give deaf ears to the concerns of the people over certain controversial issues that affect both the people and the country’s democracy.

One such issue is the inclusion in the 2020 Finance Act of a clause for the President, Vice President and the Speaker of Parliament to be granted non-accountable travelling expenses. To the minds of many people this provision sounds like a license to corruption by a government that prides itself on transparency, accountability and is dedicated to fighting corruption.

What is the meaning of transparency and accountability?

Transparency, as used in science, engineering, business, the humanities and in other social contexts, is operating in such a way that it is easy for others to see what actions are performed. Transparency implies openness, communication, and accountability.

Why is transparency important in government?

Transparency is the condition of being seen through. An example of transparency is the fact that you can see through glass. Simply put, Government transparency enables the taxpayer to easily research to be able to hold government/elected officials accountable for how they spend the citizens’ money at all levels of Government.

Why do we need transparency?

Perhaps the most important aspect of transparency is that it helps to build interpersonal trust, something which is absolutely essential for getting people to share and collaborate with each other. Organizations do not need to tear down the silos; they just need to make them more transparent.

Why is transparency important in a democracy?

The process of governing is most legitimate when it incorporates democratic principles such as transparency, pluralism, citizen involvement in decision-making, representation, and accountability. The rule of law is also an essential element of democracy.

Sierra Leone’s quest for good governance will become a reality when transparency and accountability become the watchwords of all public office holders, including the President, Vice President and the Speaker of Parliament.

From a democratic point of view, the people who elect governments are the ultimate owners of the country’s resources, which must be managed for their benefit by Government.

Financial resources in particular are of special interest to all. When these resources are effectively, efficiently and economically managed for the benefit of the citizenry, good governance is said to exist. Corruption thrives under a hidden environment. From an audit point of view, you cannot have good governance when these pillars (transparency and accountability) are lacking.

Parliament entrusts Government of the day with public funds; the Government of the day in turn reports back to Parliament how these resources have been used or utilized.  Between these processes lie two critical bodies which are at the heart of public accountability – the Public Accounts Committee (PAC) and the Office of the Auditor-General.

In ensuring transparency and accountability, the fundamental function of the Auditor General is the protection of public interest, through a detailed and objective examination of public accounts and timely reporting to the legislature, to enable it ascertain how the resources entrusted to government have been utilized.

Independent audit carried out by the Auditor General helps to give assurance; public accountability is diminished without such independent audits. PAC on the other hand, assists Parliament in ensuring that public funds are used in keeping with the intentions of government, particularly as regards economy, efficiency and effectiveness in the use of such funds.

To most people it is like the New Direction Government has thrown transparency, accountability and integrity out the window!