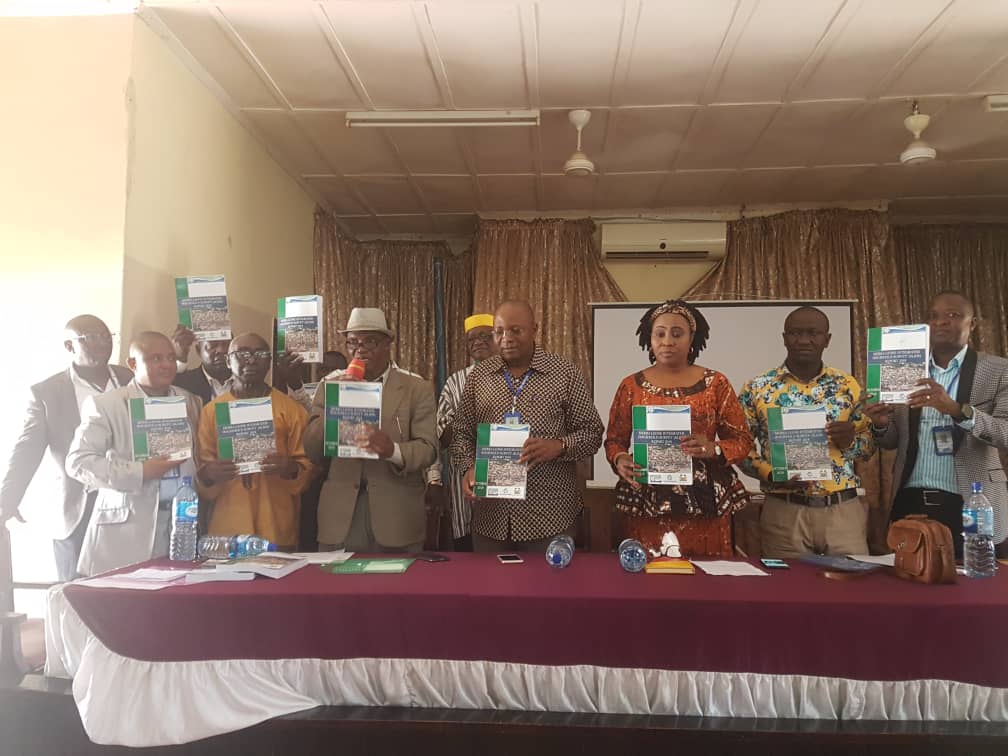 Stats SL has celebrated the African Statistics Day in the northern region city of Makeni whilst at the same time disseminating the findings of the Sierra Leone Integrated Household Survey to both North-East and North-Western Regional headquarter districts of Makeni and Port Loko.

These twin events which took place at the Makeni and Port Loko District council halls respectively on 18th 19th November 2019, attracted stakeholders from local and central government, development partners and the media.

In delivering his speech to mark the occasion of the African Statistics Day in Makeni, the Deputy Statistician-General, Andrew Bob Johnny, said that the day is an annual event to raise awareness on the importance of statistics in all aspects of social and economic life.
He further said that this year’s ASD theme is: “Everyone Counts: Quality Statistics for Better Management of Forced Displacement in Africa’ which is in line with the theme of the African Union summit 2019, ‘The Year of Refugees, Returnees and Internally Displaced Persons: Towards Durable Solutions to Forced Displacement in Africa’.
He went on to say that the theme was chosen to raise awareness on the critical importance of disaggregated statistics when responding to the core concept of the sustainable development goals (SDGs), “leaving no one behind” and specifically to the challenge of handling forced displacement in Africa.

The Chairman of the Makeni event, Camillo Kamara, who doubles as the Statistics Council representative for the Northern Region emphasized the need for cooperation from inhabitants of Makeni to the work of Statistics SL

The Paramount Chief of Bombali Sheboro Chiefdom, PC Bai Sheborah Kasanga, expressed his thanks to Stats SL for choosing to celebrate such a momentous occasion in his region and urged his people to support credible data collection through Stats SL.

Prof Osman Sankoh, who is the Statistician-General, encouraged people to give correct information whenever surveys are conducted because any wrong information given will negatively affect Government and donor policies towards the entire region.

In her statement, the Mayor of Makeni City, Her Worship Mayor Sunkari Kabba Kamara commended Stats SL for the tremendous job especially in putting together the SLIHS report. She however raised concern about the estimated population of her city as per the 2015 Population and Housing Census which she said is not reflective of the true picture and is currently affecting Makeni as very little is given to them in terms of wealth allocation.

Though she stopped short of questioning the credibility of the figures, she however pleaded with Stats SL to again look at the figures in the proposed 2020 mid-term census so that her city will not miss out on the required wealth allocation it is due.

She concluded by asking her people to support the work of Stats SL and went on to subsequently launch the SLIHS report.

In another development which saw the dissemination of the SLIHS report in the North- Western regional district of Port Loko, the Chairman of the event, who also happens to be the Stats SL Council representative in the North-Western region, Alhaji Yillah, said that he is happy to be in a district close to Kambia especially because he grew up attending school in Kambia. He further said that the people of Port Loko are essential components of the SLIHS report and therefore should read and absorb its contents.

The Deputy Statistician-General, Andrew Bob Johnny, who made a statement on behalf of Stats SL after his boss, the Statistician-General stepped aside and delegated the function to him, thanked his SG for the confidence reposed in him. He emphasized that Stats SL can only succeed with the cooperation of the people of the communities as credible data can only be gotten when the people give correct responses to enumerators.

The Chairman of Stats SL Council, Moses Williams, delved on the quality of staff now available at the disposal of Management of Stats SL due to the recent but rigorous recruitment process that was undertaken.

The Mayor of Port Loko City, His worship Abubarkarr Kamara expressed his satisfaction that Port Loko is amongst the first districts to have the SLIHS report. He thanked Stats SL for the good work in producing the report and urged his people to make conscious efforts in changing the narrative captured in the report

The Resident Minister, North-Western Region, Hon. Haja Afsatu Abdulai Kamara whilst officially launching the report thanked the Government of President Julius Maada Bio for supporting State institutions like Stats SL to be strong and credible. He however said that Stats SL is very central to Government’s success saying no Government will succeed without credible statistics. He therefore pleaded with Government to render more support to Stats SL and concluded by launching the 2019 SLIHS report to the people of Port Loko District amidst thunderous applause.