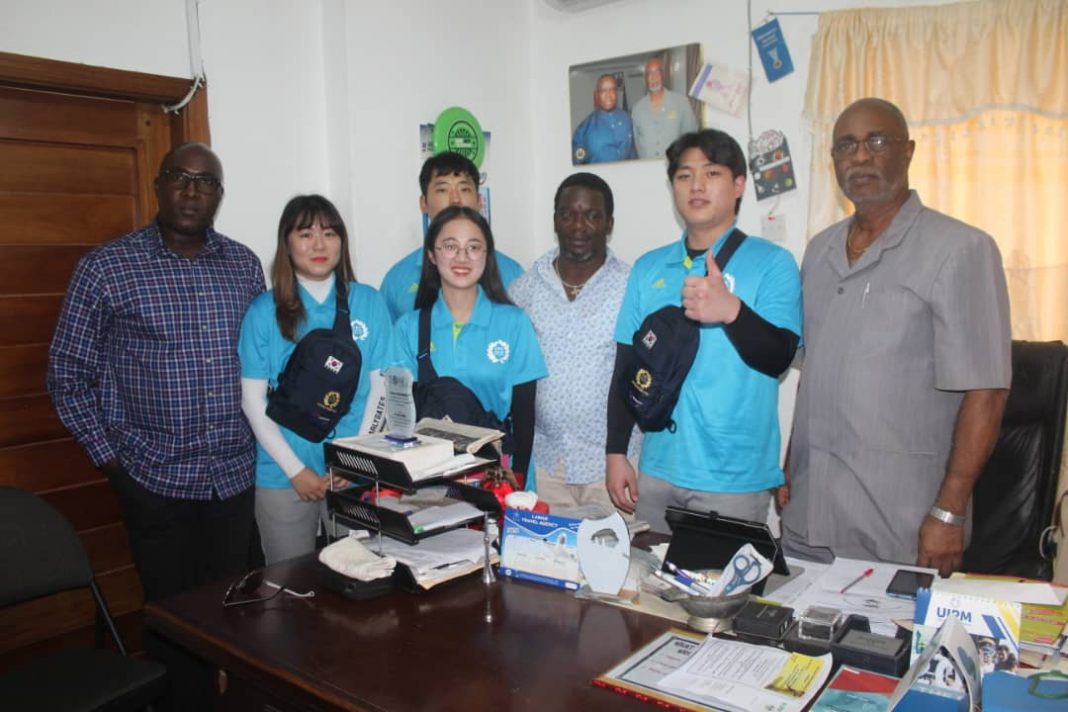 A Taekewando Technical Team from South Korea headed by Jang Kem Woo paid a courtesy call on the NOC President Dr. Patrick Coker at his office on Howe Street on Tuesday 14th January 2020 at 2:30pm to brief him about their visit to Sierra Leone, courtesy of the Sierra Leone Taekewando Association.

The Leader of delegation introduced the rest of his members to the NOC President and gave a brief update of their visit. In response Dr. Patrick Coker welcomed them to Sierra Leone and told them that the President of Taekewando Association, Oness A Johnson, is a hardworking and dynamic President. He said it is the second time to bring such a delegation of Technical Team to the country.

He expressed determination to take Taekewando nationwide in terms of development. “I wish you all the best during your one month stay in my country,” he stated.

In his statement he assured them of his support, should they need any from him and wished them Good Luck and hoped they will come back some other time.

According to report from the Taekewando President the program starts from the 15th January to the 7th February 2020 at the Siaka Steven Stadium.