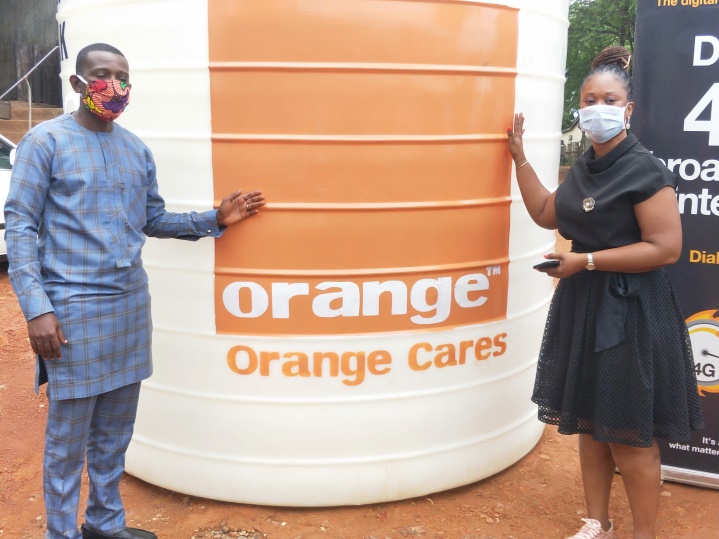 As part of its Corporate Social Responsibility one of Sierra Leone’s leading GSM Telecommunications company in the country, Orange Sierra Leone has on Monday 1st June, 2020 donated 5 Water Milla Tanks (10,000 Liters) to residents in Constituency 128 through their Member of Parliament, Hon. Benjamin Turay. The donation took place within the Constituency, specifically at Signal Hill in Freetown.

In her welcome address, the Public Relations Officer of Orange-SL, Mabel Manson, acknowledged the strides that the Honorable Member of Parliament has made so far in combating the spread of the deadly virus, adding that they received a request from the Honorable Member of Parliament demanding support of securing Water Tanks based on the fact that women and girls do face a lot of constraints in accessing pure water supply especially during the dry season.

Handing over the items, the Head of Public Relations of Orange-SL, Annie Katta, commended the Honorable Member of Parliament for his perseverance disclosing how because of his concern for his people, the dream of having 5 Water Milla Tanks of 10,000 Liters  donated to the community became a reality.

She noted that water is very important in any community and that through fetching water at night many girls have inadvertently become pregnant, noting that when a community lacks water its women and girls suffer the most further adding how it was against such a backdrop that they decided to donate the water tanks which she said will help reduce the constraints faced by residents.

She urged the beneficiaries to make good use of these tanks and also use them for the right purposes in order to increase accessibility and relevance.

Receiving the items, the Honorable Member of Parliament of Constituency 128 in the Western Urban Area, Hon. Benjamin Turay expressed gratitude to Orange-SL for the donation of the 5 Water Milla Tanks and promised that his constituents will make good use of them.

He said that the donation from Orange-SL has demonstrated that the company cares for the people of this country, stating that water is very key to the development trajectory of any nation.

He added that girls have suffered from rape by men all in the name of fetching water underscoring that the water tanks will reduce the constraints faced by residents in the process of accessing water.

He assured Orange that the items will be used for the right purpose and benefit the right beneficiaries reiterating that the tanks will be placed at strategic places within his Constituency.

Women Leader of Constituency 128, Patricia Kargbo also expressed appreciation to Orange-SL for the kind donation describing it as a timely also affirming how it will help overcome the constraints faced by members of Constituency 128 in fetching water.

She also assured that the water tanks will be used for the right purpose and enjoined all to make their use sustainable in the Constituency. 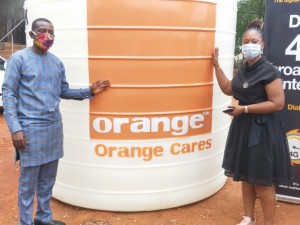 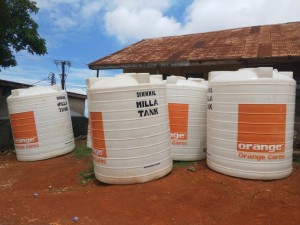 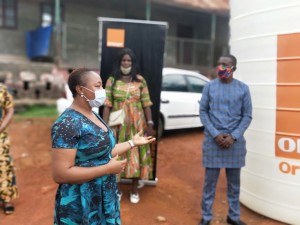 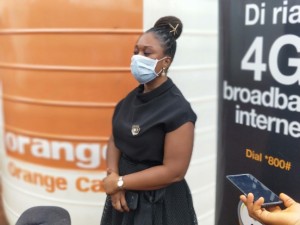