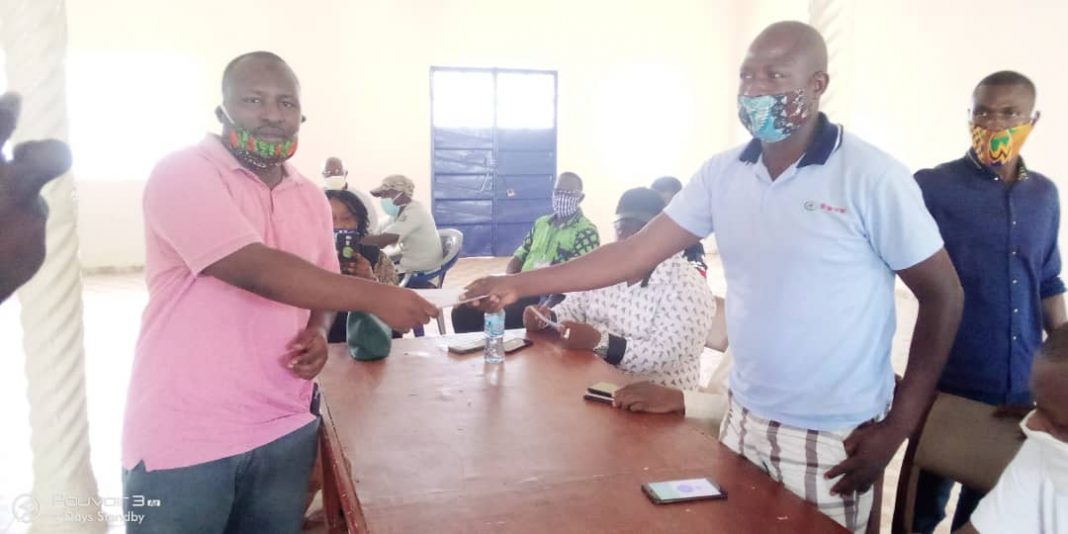 As part of its commitment in response to the fight against COVID-19 in Koinadugu and Falaba Districts, Pavi Fort Construction Company has donated forty  million Leones, five thousand Face masks, fifty gallons of hand sanitizers to the Koinadugu and Falaba District Emergency Operations Centers and ten million Leones for both the Paramount Chiefs of both districts at a ceremony held at the Koinadugu District Youth Council Hall  in Kabala.

Presenting the items, the Chief Executive Officer of Pavi Fort, Alimou Barrie , noted that the donation is to complement the efforts of Government and the People of Koinadugu and Falaba Districts in the fight against the Coronavirus.

He described COVID-19 as a killer disease that requires a collective effort to defeat.

The CEO promised that Pavi Fort will provide one hundred bags of rice any time there is a lockdown in Koinadugu and Falaba districts.

Mr Yirah Thoronka while receiving the items on behalf of the two Districts Coordinators commended the company for their timely intervention and assured that the items would be used for their intended purposes.

Both Paramount Chiefs Gbaru Mansaray and Lahai  Mansaray expressed their thanks and appreciation for the donation, while describing Alimou Barrie as a true son of Koinadugu and Falaba districts.

The Coordinator of the Falaba District Emergency Operations Center, Lamin Konde, thanked Pavi Fort for the donation and called on other well-meaning citizens and non-governmental organizations to help them as they are faced with serious logistic constraints in the fight against the Coronavirus in the district.

The Minister of Works and Housing, Hon. Peter Bayuku Conteh said that the country is going through a serious health crisis that requires everyone to get on board. He expressed his disappointment that most of the politiciasn from the district, especially from the opposition APC are not coming on board to defend their District and their people adding that any politician that wants to lead his people must demonstrate that during a critical moment like this.

He thanked Alimou Barrie for the kind donation stressing that they will continue to stand by Pavi Fort to develop the District, particularly in the fight against COVID-19.

He used the occasion to call on Momoh Konte and Dr Kaifala Marah to join the Koinadugu District Emergency Operations Center to fight and defend their district from the Coronavirus.

He called on other institutions in the country to follow the foot step of Pavi Fort noting that the fight against COVID-19 needs collective action.

It could be recalled that Pavi Fort Construction Company has stood by the side of the Government of Sierra Leone during trying times citing August 14th 2017 when the mudslide occurred at Regent saying the company was among those that donated relief items which included five hundred bags of rice, Le25 million Leones and provided three excavators to clear the rubble and also built fifty two (52) houses at 6 Mile in addressing the housing problems in the aftermath of the mudslide saying it was really a timely response. 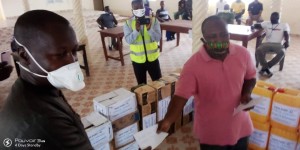