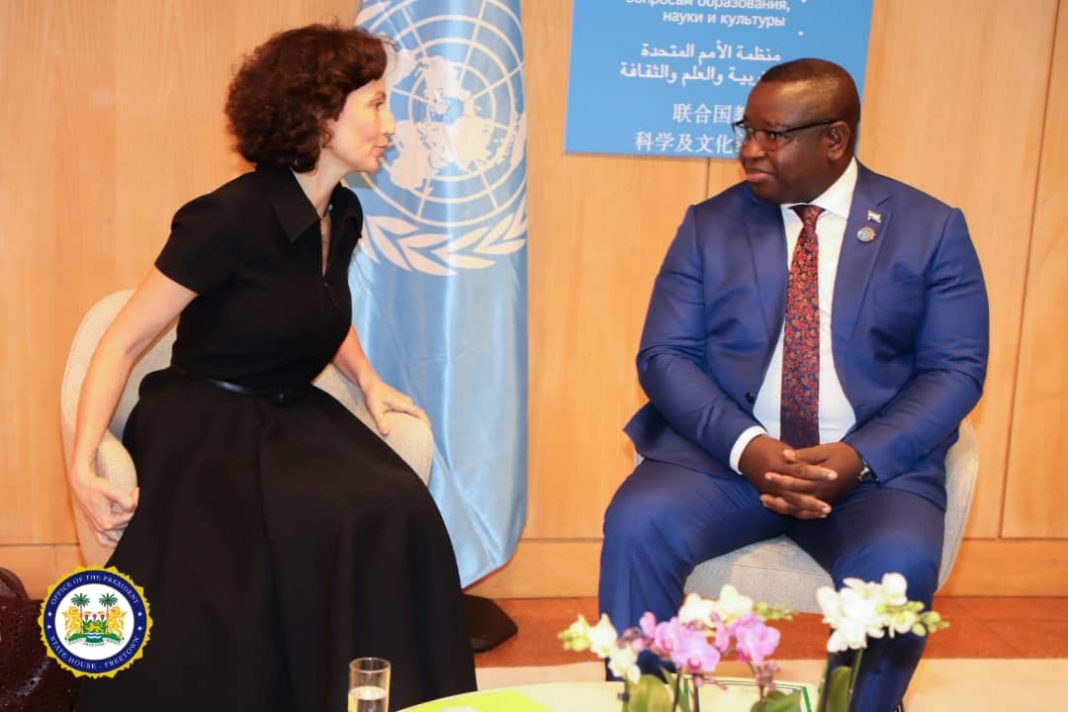 In Paris, France, on Tuesday 12 November 2019 His Excellency President Dr. Julius Maada Bio engaged the Director-General of United Nations Educational, Scientific and Cultural Organization (UNESCO), Audrey Azoulay, on the significant impact of the Free Quality Education Programme and the establishment of the Directorate of Science, Technology and Innovation, DSTI.

During the engagement on the margins of the 40th Session of UNESCO’s General Conference, the President also disclosed how his Government had prioritized education as the foundation to support all other Sustainable Development Goals (SDGs). He added that the investment in education was an investment into the future and not about winning votes, noting that the expansion of the country’s fibre optic was in readiness for digital education.

On her part, the UNESCO Director-General commended the President for prioritizing education, particularly access to universal education and girls’ education. She spoke about the ongoing collaboration between her organization and the government on a diagnostic of the education system.

Ms Azoulay also informed the President that UNESCO would support various areas such as providing technical assistance to the Ministry of Tourism and Culture, support for planning and advocacy for more funding, support for teacher professional development and curriculum development and partner on Artificial Intelligence.

Earlier, His Excellency President Julius Maada Bio also took part in a high-level panel discussion on the theme: “Youth Perspectives on Multilateralism”. During the discussion, he called for young people to be involved in the governance of the state and be agents of multilateralism.