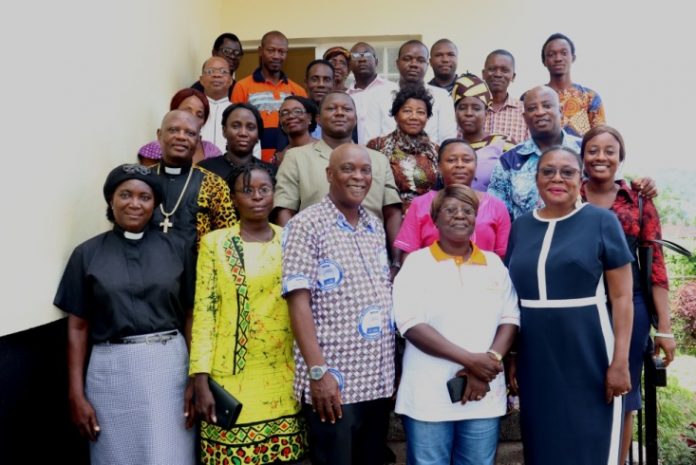 Sierra Leoneans have met to strengthen Christian Muslim Relations in Africa (PROCMURA). PROCMURA meeting was held on Friday at the Council of Churches in Sierra Leone Headquarters in Freetown. The Chairperson for PROCMURA Rev. Mrs. Christian Sutton-Koroma said the program is working towards peaceful co-existence to promote unity in diversity and also working together to stand against extremism and violence and to ensure that the people work, live and support each other.

She went on to disclose how the program is a Christian one but at the same time extended to Muslims because they are living in one nation where they co-habit and co-exist.

“It all started in the 1950s when movements in Africa agitated for independence from colonialism. At that time, Christianity was seen as a religion of colonialists. So churches in Africa contemplated on how they could become self-governing and self-propagating, and how they can cope with other actors such as the State and the Muslims among other beliefs. Churches therefore saw the need for constructive engagement with Muslims as co-citizens in witnessing and building relationships for peaceful co-existence.”

She pointed out that the meeting was also meant to create awareness that the program has been in existence since 1950s in over 50 countries including Africa. According to her, despite their Christian principles they need to work together for peace, stability to prevail and how they can handle conflict for it not to escalate. She continued to reveal that PROCMURA has been working in Sierra Lone over the years but in a low key.

She emphasized that PROCMURA do not encourage destructive criticisms of one another’s faith; say negative things against another faith underscoring how they have been handling gender, health and human rights issues.

PROCMURA Area Adviser, Rev. Mrs. Bernadette Massaquoi, said the purpose of the meeting was to report on the conference held at the PROCMURA Central Office in Nairobi Kenya from the 1st to 6th July, 2019. The report on the various activities during the conference was submitted by the Area Adviser (AA) with emphasis on the Training of Trainers on Freedom of Religion or Belief (FoRB) and the evaluation and future focus on PROCMURA. To make it simple, the AA prepared short note on the FoRB handbook and the PROCMURA resource handbook. As it was discussed, there was a consensus that the short note should be distributed to members before the next meeting.

“Faithful Christian witness in an interfaith environment of Christian and Muslims that respect the spirit of good neighbourliness and Christian constructive engagement with Muslims for peace and peaceful coexistence.”

The mission statement makes it clear that in witnessing in an interfaith environment, Christians should be faithful to God and not compromise the Gospel not even under the guise of promoting peace and peaceful coexistence. Secondly, the principal objective of constructive engagement is to enhance peace and peaceful coexistence in the society which Christians and Muslims share.

While their Vision Statement:

To see an African continent where Christian and Muslim communities in spite of their differences, work together for justice, peace and reconciliation towards the holistic development of the human family and the environment

The vision statement makes it clear that PROCMURA understands and recognizes that there are stark spiritual and theological differences between Christians and Muslims especially when it comes to the essence of God and the divine nature of Jesus above others. POCMURA advocates the acceptance of the differences and live with them in peace and not segmented pieces. These differences should not be compromised and none of the two should attempt to work the other out of existence.

The statement further commits PROCMURA to promote peace justice, and reconciliation and the holistic development of the human family in the environment of politics, economic, culture, radicalization and violent extremism among others.

This is based on the incarnation theology which looks at life before death as seen in the presence of Jesus Christ who was with us in human flesh (John 1:14) and what he did to promote existence. This explains the biblical theology of human beings as stewards of God’s creation and the environment which is a shared home for all.

The meeting saw the re-formation of a committee among other things.