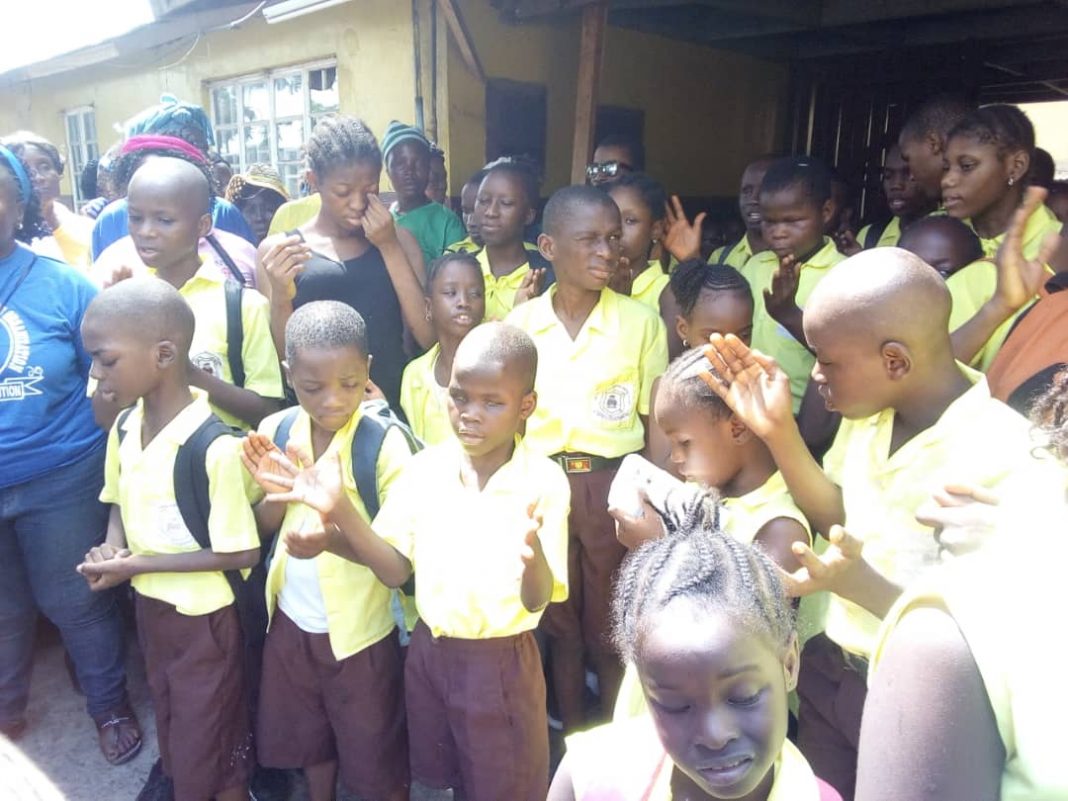 The Coordinator of the United Methodist Women’s Organization, (UMWO), Mrs. Ethel Sandy on Wednesday 4th December 2019 revealed that people with disabilities are not only important but have a vital role to play in society and that disability can affect anybody including their own children   intimating that the donation is part of ‘Ubumtu’ which means in Swahili ‘I am because you are.’

She made the statement during the donation of food and non-food items including bags of rice, garri, onions, cooking oil, toilet rolls, milk, sugar, soap, packets of tealeaf and drinking water estimated at Le12 million to pupils of the Milton Margai School for the Blind and the Deaf and Dumb School respectively on Wilkinson Road in Freetown.

She described the donation as humble but a blessing and that the pupils must accept the items in good faith.

Mrs. Ethel Sandy informed that during the organization’s annual convention, they normally visit communities to evangelize and make donations to the under-privileged but that this year they decided to make the donations to the two schools for the pupils to feel part and parcel of society reiterating that disability is not inability and assured the children that God loves and would make them become successful people in society.

She also informed that the items were purchased from contributions from members of the organization nationwide. Responding, Mr. Sallieu Turay of the School for the Blind and Mrs. Winifred Kamara–Cole of the Deaf and Dumb School commended the UMWO for the donations which they said is highly appreciated and that it is an indication that the United Methodist Church is concerned about them as they have not been abandoned.

They also highlighted the numerous challenges facing them such as the lack of trained and qualified teachers, transportation and other logistics and appealed for more support and furthered that it only quality education that would help the children to become successful citizens to give back to society with Mr. Sallieu Turay quoting the story of the widow’s mite in Saint Mark’s Gospel Chapter 12 verse 41 stressing that no donation is small observing that the work of the organization would win them more souls for Jesus Christ.

They continued that society frowns and discriminates against them.

Highlights of the donation were singspiration, offering of prayers and donation of the items.

Saidu Bah Sillah of the School for the Blind rendered the vote of thanks. 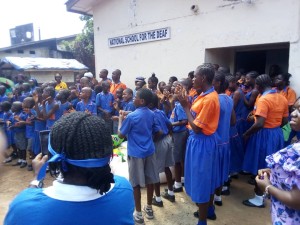 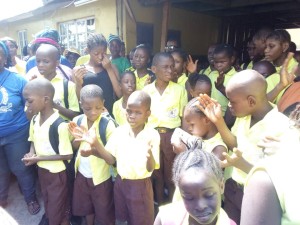