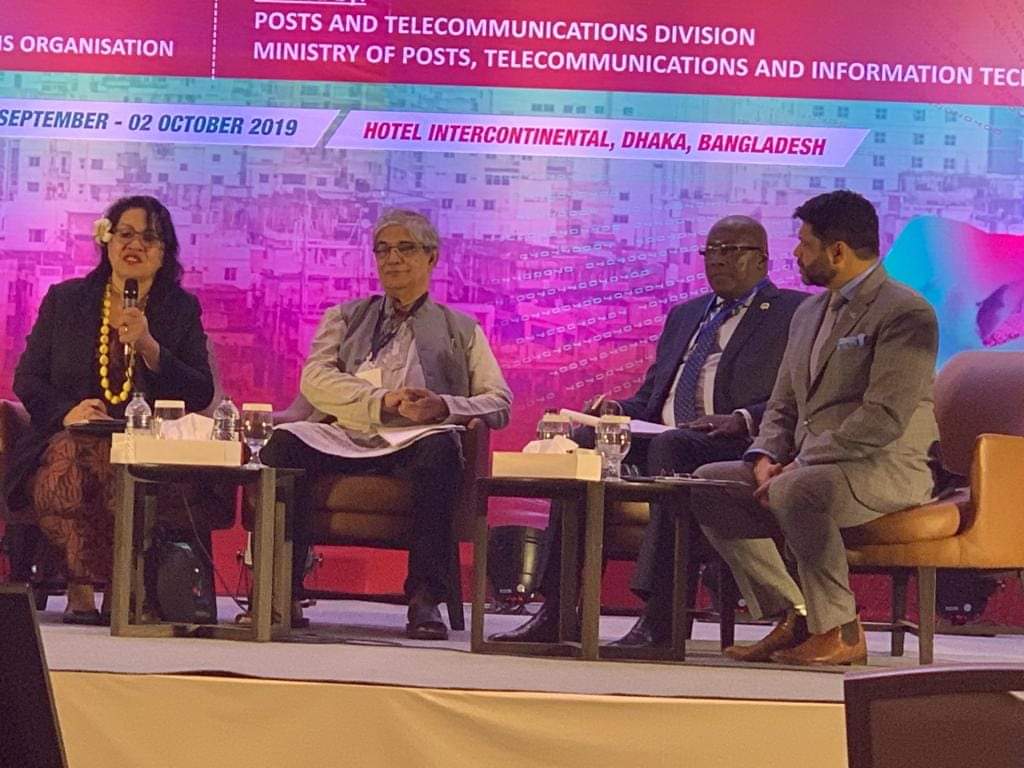 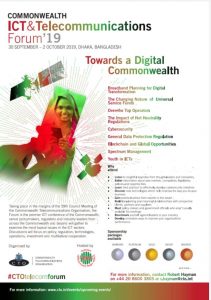 The erudite Honorable Sidie Mohamed Tunis, Leader of Government Business in the Sierra Leone House of Parliament on Monday 30th September 2019 delivered an impressive speech at the Commonwealth ICT and Telecommunications Forum 2019, which took place in Dhaka, Bangladesh, from Monday 30th September  and will end today Wednesday 1st October 2019.

The Commonwealth Telecommunications Organisation Forum is the premier ICT conference of the Commonwealth, senior policymakers, regulators and industry leaders from across the Commonwealth as they gather to examine the most topical issues in the ICT sectors. The discussions focus on policy, regulation, technologies, operations, investment and multilateral cooperation.

Honourable Tunis, who spoke extensively at the first (1st) session of the programme on the theme: “Toward a digital Commonwealth for all” was joined on the panel discussion by several eminent government officials from around the world. These included: Honourable Aiyaz Sayed-Khaiyum, Attorney General and Minister for Economy, Civil Service and Communications, Republic of Fiji and Chair of Commonwealth Telecommunications Organisation; Honourable Mustafa Jabbar, Minister of Posts and Telecommunications Division, Ministry of Posts, Telecommunications and Information Technology, Government of the People’s Republic of Bangladesh; Honourable Norah Lute Munsu, Member of Parliament Republic of Namibia; and Peter Blaker, Head of Global Internet Governance, Department of Digital Culture, Media and Sports, United Kingdom.

Dilating on the strives made so far by Sierra Leone towards the enhancement of digitalization in the Commonwealth region, Honourable Tunis said as a nation, Sierra Leone over a year ago launched the Free Quality Education (FQE) Programme with the aim of providing education to all pupils in public schools across the country. He said, therefore, building on that, we are trying to ensure that our learning institutions get free internet facilities. He commended SALCAB for the launching of internet installation in schools across the country.

He said, the FQE Programme resonates perfectly with the theme of digitalization in Commonwealth as that can only be achieved if internet facilities are accessible in schools. He said, Sierra Leone is already along that path and  the country must use it.

Furthermore, Mr Tunis spoke about the issue of data protection. He said, Commonwealth is saying that data of citizens must be protected, but forget the fact that not all members of the Commonwealth has the same capacity and capability to protect data. He said for instance, one cannot compare data protection plans in Sierra Leone to that of UK. However, he said for all nations to achieve this, we must first of all work together with the Commonwealth Telecommunications Organisation which can then capacitate our national regulatory body, the National Telecommunications Commission (NATCOM).

The conference focuses on the network with international stakeholders, policymakers, regulators and the private sector, discuss the future of mobile technologies and applications, assess the latest funding and investment opportunities in ICTs across the commonwealth, learn how to implement effective regulatory tools and policies.

Representing Sierra Leone at the Commonwealth ICT and Telecommunications Forum 2019 were the NATCOM Chairman, Mohamed Sheriff; Deputy Director General NATCOM, Daniel B. Kaitibi and the Opposition Whip in the House of Parliament, Hon. Hassan Sesay.