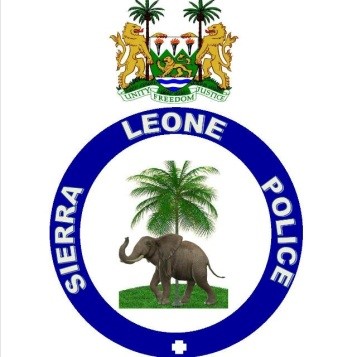 It’s an established fact that the recent behavior of the Sierra Leone Police (SLP), a very crucial institution in the country for upholding law and order is becoming alarming and a grave concern for citizens of this country.

The SLP is one of our enviable state institutions that is entrusted with the mandate to propelling the engines of good governance and the rule of law, thus, it should be seen as a credible , responsible , objectionable, apolitical, and a very professional institution that should cater for a well-balanced avenue for peaceful coexistence  to drive and thrive for democratic sustenance.

However, of recent, we’ve heard and seen majority of citizens castigating, chastising and canning blames on the SLP for lack of professionalism, politically dependent for directives, selective in administering justice and the bias nature in their operations. Many still believe that, should the SLP continue to invoke the processes of selective justice, the SLP could breed political upheaval and social disorder and create a recipe for chaos and acrimony in our fragile democracy.

Patriots that want to see a Sierra Leone on its peaceful vogue are worried about the 2023 elections and what belie us as a nation, when actually the institution built as a moral guarantor to peaceful coexistence is now becoming more lucrative for social disorder and politicians’ platform to unleash their vengeance against opposing forces. The dereliction of the SLP to coil peace in the past Constituency 110 by- election and lack thereof to curtail the excesses of some miscreants that damaged electoral materials and obstruct a peaceful election process in their presence is another troublesome makeup for our hard earned peace and its democratic credentials; ridiculous and scary for a nation that has spent huge amount of resources to rebrand this institution.

This recent imbalance of the Police has behooved many thoughtful citizens to raise solid concerns and ask pertinent questions regarding the strange act by the Police.

First, is this the kind of institution that Sierra Leoneans entrust  to protect their lives and properties when Minister and senior citizens are  partaking broad daylight in thuggery, mayhem and above all, vandalizing of State properties and  went un-arrested?

Again, is this the institution we entrust to maintain law and order when uniform men were unable to arrest small unaccredited group of thugs that were breaking traffic laws and perpetrating chaos?

Is this the force for good as they’re claimed citizens depend upon to uphold the rule of law and administer fair justice when in actual sense they’re doing it unfairly?

Is this the kind of institution we can rely on when few armless civilians can overpower few gun men?

Very perturbing and heart aching for a country that had once tasted the bitter pills of war due abundantly to injustice among others yet the Police and other institutions are not learning from those mistakes.

Too pitiful and worrisome as some of the indicators of the war have started sprouting vigorously.

Martin Luther King Jr. was right to say that “One has a moral responsibility to disobey unjust laws.”

Sadly enough, meaningful Sierra Leoneans are concerned and worried with regards to these sad and mishaps occurrences which might one day  trigger and incite citizens to disobey persistent bad governance and human rights abuses as citizens have the moral rights to do so.  This is the bitter and gospel truth and it should be said boldly.

Worst is  to say that we’re living in a nation where economic hardship, political intimidations ,political  tensions, increase in price of basic foodstuffs,  increase in the US dollar and devalue of the Leone are predominant in the country and thus have all created toxic atmosphere  for the peaceful and sound  existence of the ordinary man in Sierra Leone.

The snail pace of the Government to address these ugly states of development is pitiful and unimaginable and therefore the attention of President Bio’s led government should be sharply redirected to these thorny issues that have the propensity to unmake and make this nation.