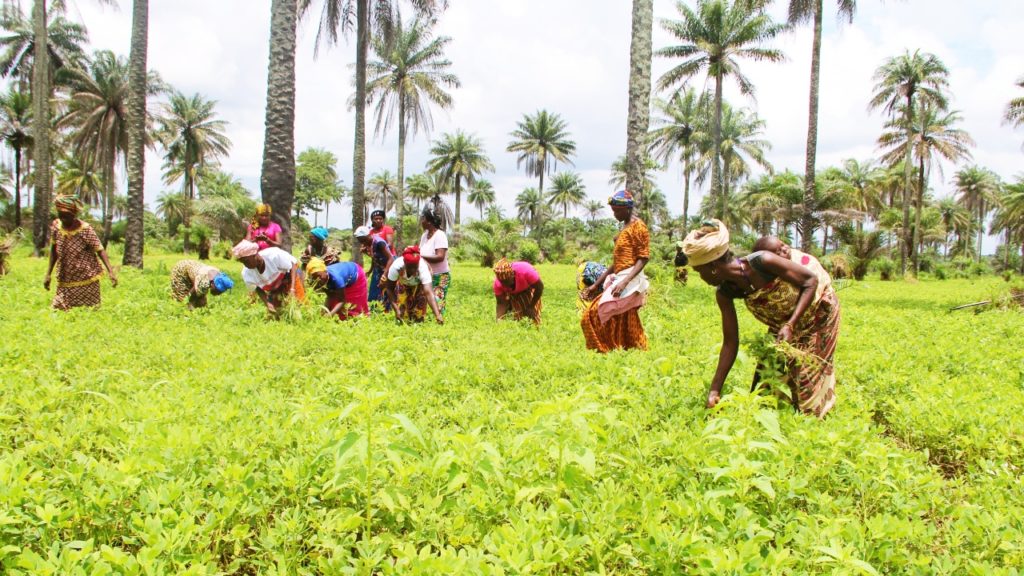 The Coalition for Agriculture and Rural Development (CARD-SL) has been following up the issue between Spire USA Inc. and the Government of Sierra Leone to approve/give clearance for an investment worth US$600,000,000 that will provide 23,000 jobs through agriculture for Sierra Leoneans, and the Coalition is concerned that there is a tendency that the country might lose this proposed investment opportunity to other countries in five days’ time if no timely or swift actions are taken.

Many are indeed familiar with the New Direction’s commitments to diversify Sierra Leone’s economy, create jobs for young people irrespective of where they are in the country which will contribute to addressing the much talked about “bread and butter” issue.

His Excellency Julius Maada Bio in all his address to the nation’s legislative assembly (Parliament) told Law Makers that his Government is determined to diversify the country’s economy using diverse sectors including Agriculture and Tourism to eradicate over dependency on mining.

According to findings, with the ABCD Export City project the country stands to benefit the following if the project is given prompt approval:
Six Hundred Million United States Dollars (USD600, 000,000.00) investment in Agriculture. This will help boost the country’s economy.

It is estimated that 23,000 thousand jobs for Sierra Leoneans will be provided and that will help unemployed people to get jobs particularly the youth and reduce so much pressure on Government.

The project component  also involved constructing a city in each project site (Tisor – Kenema District, Mamamah – Port Loko District, Moyamba, Moyamba Juction and Tikonkor – Bo District) with 2,500 fabricated houses that will host/accommodate a family of five (5) (mother and father) with three (3) children. The two (2) family heads will be farmers in the city farm with a monthly salary of about seven million Leones, (US$700) each. Such will help to address the numerous challenges the Sierra Leone housing sector faces, reduce rural urban migration, improve standard of living and reduce homelessness.

According to the Chief Executive Officer, ABCD Export City Project, Abdul Kadiru KaiKai, the project is part of President Bio’s vision to transform the country’s economy. The objective of the project is to build four cities with standard facilities for the poor people in operational areas.

Each operational district will have five thousand (5,000) employees. This project, if implemented, many Sierra Leoneans believe, will be the biggest ever in the history of the country. The CEO furthered that, Five (5) countries bided for the project including Ghana & Rwanda. Sierra Leone won the bid and such is considered to be  a great opportunity for the country.

Furthermore, Mr. Kaikai revealed that the Rwanda President, H.E Paul Kagame whose country is a model for post conflict development in Africa is still trying to convince Spire USA Inc. and have written them a letter stating that they are willing and ready to adhere to the conditions of a sovereign guarantee and to even add more money on top of that to further entrench and demonstrate their commitment to the project process.

On this note, as a Coalition of pro-poor crusaders most are disturbed by what they refer to as undue delay, and recommend the following: That the Spire USA Inc project be given an Executive Clearance by H.E the President Julius Maada Bio as against the very last dead line of the 5th of March, 2020. Such a move will prevent the investors from taking their investment to Rwanda as already been communicated to Mr. Kai-Kai, their CEO in Sierra Leone.
That President Bio should mount an investigation to ascertain reason(s) why this is a viable and worthwhile project with a huge investment amount of such magnitude should suffer what we refer to as unnecessary delay.

While it is agreed Government has the responsibility to do due diligence, i.e., protect citizens from exploitation, there is also the view that a project of such a nature must have been given timely consideration.

The Coalition believes that if President Bio is to achieve food security, job creation and human capital development, his effort to boost foreign direct investment to the country must be treated with all seriousness and given the utmost attention it deserves by Ministries, Departments and Agencies (MDAs) concerned.

The Coalition is a group of Civil Society Organizations that sees the need of CSO’s participation in the promotion of  the agriculture sector and rural development through advocacy, monitoring, research, community mobilization and reporting. It is an alliance of 22 (22) autonomous national civil society and non-governmental organizations with a large network across the country.