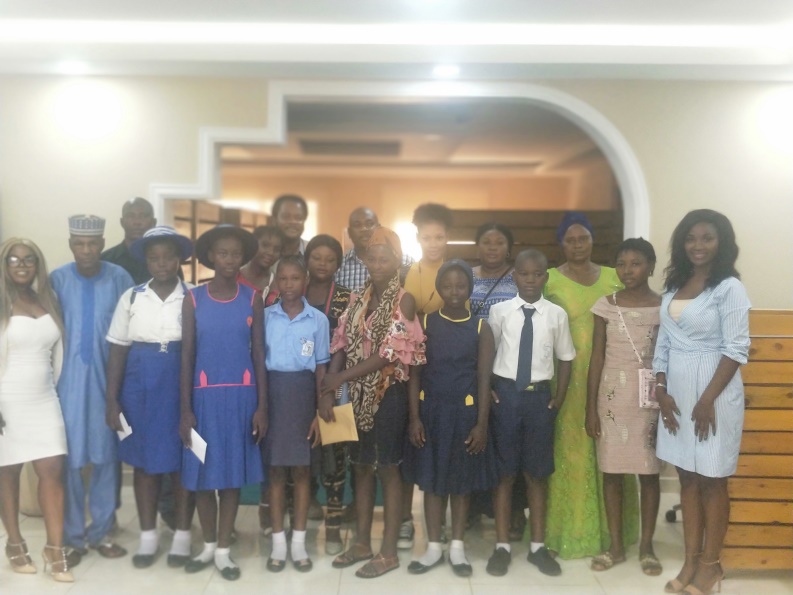 In a bid to complement Government’s efforts in promoting education and to support underprivileged students who have manifested  high potentials to excel and achieve their academic goals, the Sis Vic Educational Trust Fund on BSI Wilkinson Road in Freetown , also known as the Sis Vic Foundation, has on Saturday 25th January, 2020 awarded 24 scholarships to deserving students.

In her address, a Board Member of Sis Vic Educational Trust Fund, Aminata Dumbuya said that the Sis Vic Educational Trust Fund, also known as the Sis Vic Foundation was established in 2011 in honor of the late mother of Amb. Henry O. Macauley, Madam Victoria Doherty, adding that the Foundation is focused on supporting under privileged students who have displayed high potentials to excel and achieve their academic goals saying they have been doing so for the past ten years.

She noted that Madam Victoria dedicated her life to the service of others, especially children and believed in the fundamental principles of quality education and discipline combined. She said, therefore, the goal of the Foundation is not only to provide financial support to students, but more so to deserving students who manifest academic excellence coupled with obedience and good manners.

Underscoring the Foundation’s achievements she noted that over the years they have admitted and supported over 50 students pursuing courses at JSS, SSS and University levels who come from diverse family backgrounds also taking into consideration gender parity throughout the process.

She added that the Foundation is proud to say it has its first University graduate in the name of Mohamed Gbla, who graduated at the University of Illorin in Nigeria with a Bsc Degree in Sociology.

She congratulated the students on behalf of the Chairman and members of the Board for upholding the ethos of the Foundation and excelling in their academic pursuits.

She reaffirmed their commitment to support deserving students and welcome external donations towards the Fund as they hope to impact more lives.

Dr. Ruth Taylor, who delivered a statement on behalf of Amb. Henry O. Macauley disclosed that since 2011, the Foundation has maintained a non-political, non-tribal, non-religious stance underscoring how it is not or gender biased. She revealed how they have assisted over 50 indigent children with the provision of school fees and books, up to University level, even boasting of an international graduate in the person of Mohamed Gbla, who graduated from the University of Illorin in Nigeria, with a BSc in Sociology.

She noted that the scholarship is based on merit and enjoined the beneficiaries to work hard, maintain good conducts and comport themselves in order to be retained on the scholarship program, adding that in celebrating ten years of supporting education the Foundation is boasting of 24 student beneficiaries, 4 in University, 15 in SSS and 5 in JSS.

She applauded Amb Henry Macaulay for patiently and dedicatedly carrying the legacy of her mother, whom she described as an extremely generous and kind hearted person, but was strict in terms of discipline, respect for the rule of law, for elders pointing out how she taught her to live an exemplary life.

“Amb. Henry Macaulay your kindness is written in the sands of time of our nation, especially in the hearts of those you have touched positively,” she showered praise.

Giving the Vote of thanks, Agnes Hawa Mondeh a student pursuing a BSc Nursing course at Njala University, who is a beneficiary, expressed appreciation to the Sis Vic Educational Trust Fund for the support the Foundation has been giving them all the while.

She explained how she has been a beneficiary for the past two years and the Foundation has been very supportive to her.

She urged students to make use of the opportunity in order to uphold the ethos of the Foundation and excelling in their academic pursuits. 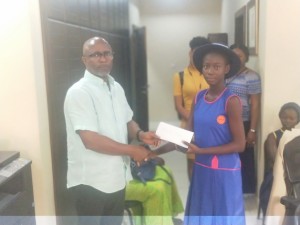 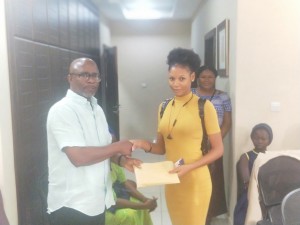