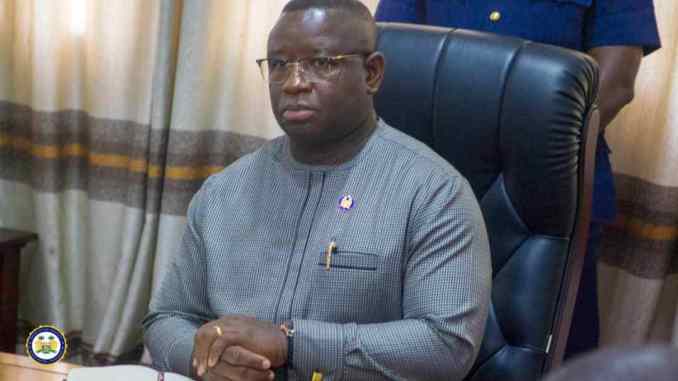 Ever since Sierra Leone turned to the IMF in the late 1970s for deficit financing assistance, due to financial mismanagement of what the country has, coupled with the fact that Government woefully failed to build a very robust, dynamic export sector, the country has ever since been doomed to adverse balance of trade, and its inherent currency devaluation and inflation that goes with it.
How the New Direction Government which has promised to provide efficient political and economic management of the State and its resources would eventually make the difference between whether the value of the Leone keeps falling and whether inflation will continue to defy control.
To the point this commentary intends to make…How will the Government work in the immediate coming years to dramatically improve on the country’s balance of trade?
A country’s balance of trade is defined by its net exports (exports minus imports) and is thus influenced by all the factors that affect international trade. These include factor endowments and productivity, trade policy, exchange rates, foreign currency reserves, inflation and demand.
A crucial point to note is both goods and services are counted for exports and imports, as a result of which a nation has a balance of trade for goods (also known as the merchandise trade balance) and a balance of trade for services. A nation has a trade surplus if its exports are greater than its imports; if imports are greater than exports, the nation has a trade deficit.
Factor Endowments
Factor endowments include labor, land and capital. Labor describes the characteristics of the workforce. Land describes the natural resources available, such as iron ore, diamond, gold, bauxite, coffee, cocoa, timber or oil. Capital resources include infrastructure and production capacity. The Heckscher-Ohlin model of international trade emphasizes differences in these areas to explain trade patterns. For example, a country with an abundance of unskilled labor produces goods requiring relatively low-cost labor, while a country with abundant natural resources is likely to export them.
The productivity of those factors is also important. For example, suppose two countries have the same amount of labor and land endowments. However, one country has a skilled labor force and highly productive land resources, while the other has an unskilled labor force and relatively low-productivity resources. The skilled labor force can produce relatively more per person than the unskilled force, which in turn influences the types of work in which each can find a comparative advantage.
This explains the difference between Singapore and Sierra Leone; with Sierra Leone having all the natural resources that Singapore has not got but Singapore has a per capita income that is now approaching US$60, 000! – Whilst that of Sierra Leone is about US$500.
Trade Policies
Generally, barriers to trade also affect the balance of exports and imports for a given country. Nations that are insular and have restrictive trade policies such as high import tariffs and duties may have larger trade deficits than countries with open trade policies, since they may be shut out of export markets because of these impediments to free trade.
There are also non-tariff barriers to trade. A lack of infrastructure is a notable one, as it can increase the relative cost of getting goods to market. This increases the price for those products and reduces a nation’s competitiveness on the global market, which in turn reduces exports. Investment can work to reduce these barriers. For example, investments in infrastructure can increase a nation’s capital base and reduce the price of getting goods to market.
Foreign currency reserves:
To compete effectively in extremely competitive international markets, a nation has to have access to imported machinery that enhances productivity, which may be difficult if forex reserves are inadequate.
Inflation:
If inflation is running rampant in a country, the price to produce a unit of a product may be higher than the price in a lower-inflation country. This would affect exports, affecting the trade balance.
Generally, the balance of trade is a key indicator of a nation’s health. In general, investors and market professionals appear more concerned with trade deficits than trade surpluses, since chronic deficits may be a precursor to currency devaluation.