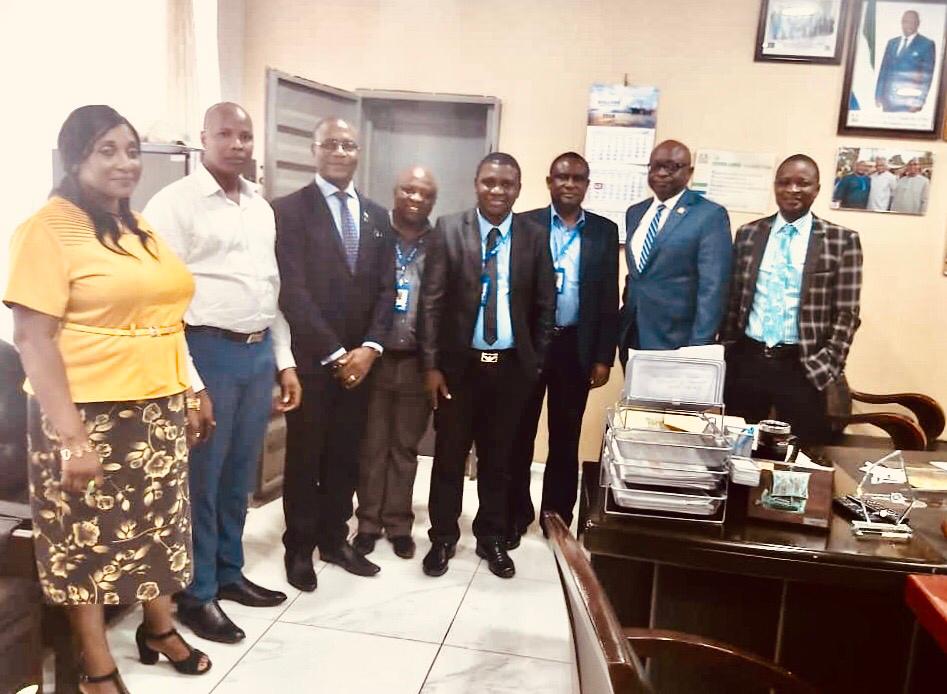 Preliminary talks between Statistics Sierra Leone and  the Ministry of Transport and Aviation commenced on Monday 4th November 2019 at the Ministry’s headquarters on 7th Floor Youyi Building in Freetown in order to source data collection expertise as it seeks to implement the approved national vehicle fleet policy within the shortest possible time.

Receiving the team from Stats SL which was headed by the Deputy Statistician General, Andrew Johnny, the Minister of Transport and Aviation, Kabineh Kallon said that his Ministry wants to establish a data base of all government vehicles so that they can establish a network of vehicles for the operations of government

He emphasized that government cannot properly plan when it comes to vehicle allocation and subsequent implementation of the Approved National Vehicle Fleet Policy which was recently approved if there is no baseline of the amount of available government vehicles in each MDA. He said it is but fitting that the ministry carries out credible data collection to ascertain the quantum of vehicles, hence the reason why the ministry deems it fit to tap into the expertise of the only authorised government agency charged by an act of parliament to coordinate, collect, compile, analyse and disseminate high quality and best-practiced official statistics to assist informed decision-making.

The Permanent Secretary of the Ministry of Transport and Aviation, Brima Kebbie stressed his ministry’s belief that Stats SL can do a professional job and that a professional institution like Stats SL should handle such a survey hence the reason for the meeting.

Making his submission the Deputy Statistician General tendered the Statistician General’s apology for not attending the meeting as he was ill-disposed. He opined that getting the baseline data is surely the way to go. He underscored that such data collection will certainly take into account lots of attributed data for which he said Stats SL has the requisite capacity and technical know how to conduct.

He therefore asked the ministry to draft a concept note on specifics of their expectations to Stats SL so that the process can start in earnest. He proposed a technical follow up meeting where he said the technical questions will be asked and a methodology of the data collection can be developed to which the ministry acquiesced. Others in attendance at the meeting included the Director of Censuses and Geographic Information Systems, Abdulai Brima, the Director of Communications and Public Relations, Samuel Ansumana and the Technical Assistant to the SG and DSG at Stats SL, Dr. Mohamed Korjie.