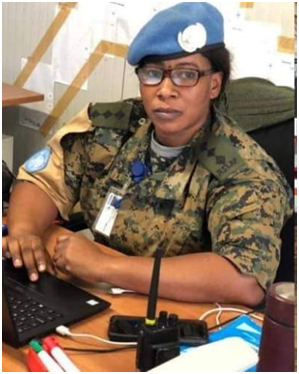 The late Captain Christina Fefegula of the Republic of Sierra Leone Armed Forces was involved in a fatal road accident in the Central African Republic.

The ceremony was presided over by the United Nations Secretary-General Antonio Guterres and it marked the Annual International Day of UN Peacekeepers in which the Dag Hammarskjold Medal was awarded posthumously to the peacekeepers, who made the ultimate sacrifice for the cause of peace, during the preceding year.

It is important to note that   Sierra Leone currently contributes military and police personnel to the UN peace operations in Abyei, the Central African Republic, the Democratic Republic of the Congo, Lebanon, Mali, Somalia, South Sudan, and Sudan.