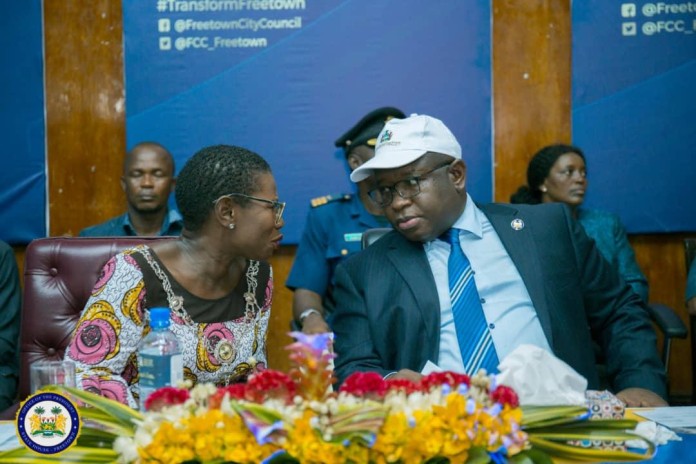 It can be recalled that both the Freetown City Mayor and President Bio, in reaction to the adverse effects of rapid deforestation in the Western Area and the country at large, announced projects to plant millions of trees. No doubt, the only viable solution to the annual flooding that takes place in Freetown and other urban settlements in the country is to gradually replace the forest cover on the hills and mountains above that have been destroyed by uncontrolled human activities.

Trees play a very important role in preventing soil erosion and flooding by cushioning the effect of rain water on the soil. When these are cut and not replaced, we continue to see what happened last week in the Western Area.

Research by The Calabash shows that deforestation has been reversed by some countries including the USA and Colombia, with Kenya having planted millions of trees in the last two decades since deforestation became a national issue.

In our own situation, continued deforestation has been blamed on weak enforcement of existing environmental protection laws. For example, Ministry of Lands, Country Planning and the Environment dating back to the 1960s that hills should not be cleared for housing and wetlands like Kroo Bay ,Susan’s Bay, Kanikay and mangrove areas must not be developed for human settlement.

To the credit of the Government, over the last two decades, attempts have been made to relocate the people in high risk lower lands to Mile 6. The people sell the lands and houses and return. How do we deal with this problem of housing low income earners and the unemployed in our urban settlements? One: rigid action to enforce building permits and construction of new low cost housing estates outside Freetown with good transportation system to take people into and out of the city.

In the medium to long term, the Forestry component of the Ministry of Agriculture should be made into a well funded stand alone ministry.

This is on the basis that ever since, when we talk about agricultural development and designing policies for it, we tend to have totally forgotten the huge commercial, financial and ecological benefits having a national forestry development program that includes replacing lost forest covers with fruit and commercial tree crops. This will be the subject of our next commentary.