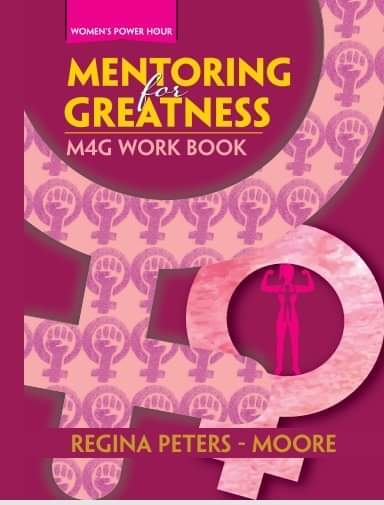 The 11th year anniversary of Women’s Power Hour (WPH) will be celebrated on the 21st May, 2022 at 1:00pm at the YWCA Institute in Freetown with the theme: ‘Breaking Barriers for New Heights.’ This year’s anniversary will feature the launching of a book titled: “Monitoring for Greatness – M4G Work Book”. The Women’s Power Hour (WPH) is slated against the backdrop of positioning women to rise to high places.

According Regina Peters-Moore, who happens to be the Group Pioneer, to nurture, groom and build great women for God in this generation and upcoming ones, WPH was started by 8 women in the UK and later transferred its headquarters to Sierra Leone where she said it was noticed women have various challenges.

Regina disclosed how they started with writing strong articles for and about women and went on to hosting talk shows on radio stations, talking to women, focusing on educating, encouraging and motivating women to walk in their high places as well as helping ordinary women to become extraordinary for God in their nations.

She further revealed that WPH now does groundwork in Sierra Leone, The Gambia and Malawi among other countries, reaching out to women through the radio, publication of life changing articles, girls mentoring and coaching, rehab squad, correctional arm, the blessing provokers club supporting women in full time ministry, putting skills and business training in the hands of women and gals.

The Group Pioneer said WPH helps to position women to succeed in their homes, their visions, careers and other areas of their lives, adding that they raise people to greatness by mentoring women and girls including tomorrow’s women; taking prostitutes out of the streets; bringing hope to women behind bars; supporting women in ministry and giving skills to women and girls for self-reliance.

Mrs. Peters-Moore , another strong member, on her part, stated that WPH started in the United Kingdom (UK) in 2011 with a mandate to build great women, starting with writing strong articles on online for and about women and to date, it has established 7 centres in Freetown and 2 in Kono and Makeni.

She also disclosed that it has grown 6 arms:-the Girls Mentoring and Coaching (GM&C), which features girls between the ages of 9 and 18 years. According to her, the girls are prepared for adulthood so that they can reduce teen pregnancy, school dropouts and prepare them for the future.

In the GM&C girls are taught God’s words, handsome skills – braiding, sewing and cake making and in every August, training and mentoring are done.

With regards Mentoring for Greatness (M4G), it is meant for women within the age bracket of 18 years to retirement and it features three module courses for women done online and radio as well as covers woman’s spiritual life, legacy, vision, career and more. It help single individuals to be prepared for marriages.

Mrs. Peters-Moore said WPH has trained up to 200 women on Mentoring for Greatness (M4G) since 2018, in USA, The Gambia, Nigeria and other international countries.

She said: “We do not only do mentoring, we also have every week a Rehab Squad visiting streets to mentor girls off prostitution. I believe we have reached out to over 500 prostitute or they’ve heard the gospel from us from 2016 to date. The Correctional Arm ministers to women in prison and because it is expensive so we do it yearly. When some of them are released they are sent to us and we find for them a new life,” she said adding how such has helped to reduce re-offending.

She also spoke about the Blessing Provokers Club (BPC), which according to her, provides monthly support to women countywide, especially women in service but who have needs disclosing how every month WPH supports one woman each in Makeni, Kono and Freetown.

Dilating on the Skills and Business Training (SBT) she disclosed the provision of training programmes that are tailored to give commercial skills that is geared towards empowering women so that apart from being involved in their careers they could be at vantage positions to be able to learn other skills.

Highlighting how this year’s anniversary celebration will look like, Mrs. Peters-Moore said on the 27th May, there will be a zoom online programme to specifically deal with abuse and domestic violence issues.

“Relevant issues on those two topical issues will be discussed and we will see how WPH could empower and help women who are going through domestic violence but ignorant of the way out of the quagmire,” she maintained adding that on 29th May, they will hold a thanksgiving ceremony at Mersy House off Syke Street in Freetown.

She concluded by extending an invitation to members of the public to support and participate in the anniversary celebration.