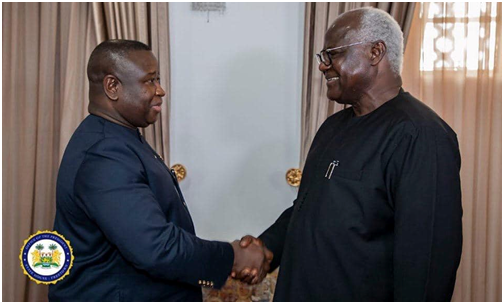 In a Press Statement dated 12th August, 2022 the Youth Alliance for Democracy and Accountability Sierra Leone (YaDA-SL), a registered youth-led civil society organization working towards the promotion of human rights, democracy, accountability, good governance in the country has called on the Sierra Leone People’s Party Leadership & the opposition parties to engage in meaningful dialogue.

The organization strongly condemns the violence that erupted on Wednesday 10th August, 2022 in Freetown and different parts of the country which resulted to the loss of lives and properties.

YaDA-SL believes that Peace is very key towards the development of any nation. It is no secret that Sierra Leone, as a nation , has witnessed political tensions among politicians in the country which many have described as not good for the peace, stability and development of the nation even as the country is gearing up for the next general elections in 2023.

It is against such a backdrop that the organization urges President Bio, his administration and the SLPP leadership to engage in meaningful dialogue with the opposition parties especially the leadership of the Main Opposition All Peoples Congress (APC) Party, in order to consolidate peace and enhance national cohesion in our beloved nation.

The Release pointed out that it could be recalled that on Friday 13th September, 2019 His Excellency, President Julius Maada Bio and the leadership of the All People’s Congress party signed a Joint Communiqué in order to consolidate peace and enhance national cohesion in the country furthering that the signing of the Joint Communiqué came after President Bio met with the leadership of the All People’s Congress (APC) party including the former Chairman and Leader of the party, former President Ernest Bai Koroma at State House on the 12th September, 2019 during which they deliberated on issues relating to peace, good governance, national cohesion, the rule of law, human rights, the economy and State Security.

It added that during their meeting both personalities agreed that democratic institutions, including the Judiciary, National Electoral Commission, the Police, Anti-Corruption Commission and the Political Parties’ Registration Commission should assist in promoting peace, stability and democracy by dealing with all parties fairly and transparently. They also recognized that because Parliament is the foundation of our democracy, all stakeholders should revisit grey areas in its standing orders procedures of which they further agreed that more dialogue and engagements should be continued in order to build trust and deepen mutual confidence between the Government and the opposition parties and that it must be noted they agreed to refocus and resume the work of the Post-Election Cross-Party Committee on sustaining heightened engagements and resolving the triggers of conflicts.

YaDA-SL maintains that regrettably, it is now over two (2) years since both parties signed that joint communiqué but we are yet to see the sincere implementation of it. On the contrary, things are getting worse every day creating the impression that the progress that was made so far has been destabilized.

In that regard, they as young people of Sierra Leone, through the Youth Alliance for Democracy and Accountability Sierra Leone, want to plead with His Excellency President Julius Maada Bio and the leadership of the All People’s Congress (APC) party, including the former Chairman and Leader of the APC party, former President Ernest Bai Koroma and their followers to engage in meaningful dialogue in order to restore peace and stability in the country.

“Interestingly, in the wake of the recent August 10th hullabaloo we have been seeing the issuance of press releases and statements byvarious people in authority casting blames and making negative as well as inciting statements that are not in the best interest of promoting peace and stability in the country. We believe that, at a moment like this, what should be the utmost priority is how to join hands together in order to unite our beloved nation” the release lamented.

The organization also used the opportunity to call on Sierra Leoneans in the Diaspora to stop spreading inciting and hate messages but rather preach peace among Sierra Leoneans because as the saying goes, “United we stand divided we fall”. In conclusion, on behalf of their organization also extended our sincere condolence to the bereaved families; and pray that the souls of the departed will rest in peace. 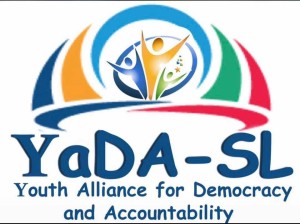