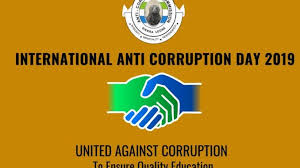 In appreciation of the lethal arsenal of anti-corruption fighting weapons that the new anti-corruption legislation gives the ACC, the Commission noted that it “wishes to thank His Excellency President, BRIG. (RTD.) Dr. JULIUS MAADA BIO, and PARLIAMENT for courageously promulgating and enacting these far-reaching and very progressive reforms that will certainly revolutionize the national campaign against corruption in the country, consolidate and expand the gains made so far by making corruption a high risk and low return venture, and making corruption control legal and regulatory framework more robust.”

Corruption over the past decades ate deep into the fabric of Sierra Leone and weakened a weak public service delivery, which led to citizens having little motivation to pay their taxes. Today, we have an effective Anti-Corruption Commission (ACC) charged with the responsibilities of investigating and bringing corrupt individuals to justice.

Before now, we had a sick and stooge ACC whose mission was to investigate corruption but only investigated the less privileged who had no political backing, allowing the serially corrupt and morally vacuous politicians to be left basking in their ill-gotten gains with impunity.

The ACC has a lot to still grapple with in the fight against corruption. Accountability systems are not operating effectively. Corruption is widespread at all levels (from common reports of small-scale bribery in health centers and schools, to the perception that Government officials are corrupt).

We blame the Government for its failure in checking corruption and upholding accountability. It is now time to realize that it is both a matter of public morality, individual conscience and efficient administration to maintain transparency and accountability in society and in public administration and financial management.

To bring about such culture, there is the need to educate the public on the issues of corruption as the ignorance of some Sierra Leoneans is mind boggling. People support the politicians who share their religion, ethnicity, tribe, clan or geography, even when they are known to be corrupt. Educating the people on how corruption is killing us and how it impacts them as well is central to the fight against corruption which is a symptom of a much deeper disease — the failure of institutions and governance, resulting in poor management of revenues and resources, and the absence of effective delivery of public goods and services.

We must focus our efforts on the broader context of governance and accountability. There should be an effective way of engaging both the public and private sectors for the fight against corruption.

There must be the general conviction that the fight against corruption protects democracy and human rights. That it supports good governance, social justice, protects our legal system, economic growth, and general trust in public institutions and the moral values of society.

To win the fight against corruption as a nation, we must think beyond anti-corruption rhetoric and traditional tactics. We need to be more strategic and rigorous, identifying and addressing corruption’s underlying causes and examining the weaknesses in key institutions and government policies and practices.