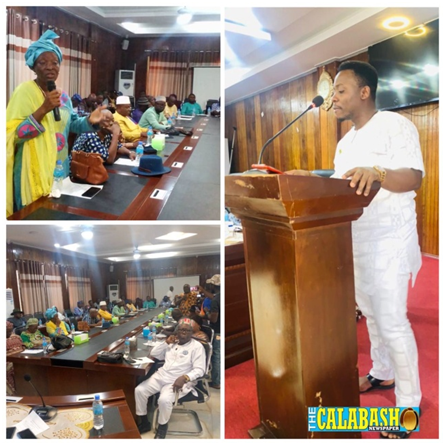 All Paramount Chiefs of the Southern Region converged at the Wizard Conference Hall in Bo on the 10th of September 2022 on the invitation of Abdul Kadiru Kaikai for the main purpose of discussing with them the role of the traditional leaders in mobilizing citizens.

According to Kaikai, he deliberately singled out the Paramount Chiefs as a key conduit through which he believes the participation of citizens, in the ongoing voter registration, could be improved.

To achieve that goal, Kadiru Kaikai, who is nothing other than a member of the Sierra Leone Peoples’ Party and a fervent believer in President Julius Maada Bio, asserted that no effort will have the required impact if it is not channeled through the Paramount Chiefs who are the custodians of the people.

“One of the best ways to go about mobilizing citizens in this voter registration process is to engage our Paramount Chiefs. Our traditional leaders play an important role in democratic politics when they mobilize their subjects to partake in electioneering processes,” Kaikai underscored.

To him, any political party that wants to improve internal security and maintain longevity in governance should embrace and empower traditional leaders.

He maintained that the motivation for such an assertion anchors in a set of implicit assumptions regarding how the Paramount Chiefs can effectively exercise their authorities through a well-defined and structured channel from section – town – village.

In affirming his assumption, Kadiru Kaikai said there is no voter that is not in a village, town, or section which means that every citizen can be located and monitored by the chiefdom structures and by extension the Paramount Chief.

Responding to the clarion call of Kadiru Kaikai, the Paramount Chiefs did not hide their admiration for his approach to development. In their own words, the Paramount Chiefs informed the gathering that it is the first time they have been rightfully called upon to do a national duty. “Most times politicians enter our chiefdoms and give instructions to our subjects without involving us. In their absence, nobody has the authority to monitor the implementation of such instructions as we might have done, that is even, by extension, responsible for the lots of uncompleted or delayed development projects in the country,” one of the Paramount Chiefs asserted.

The meeting ended with Kadiru Kaikai encouraging all the Paramount Chiefs not to focus on the many constraints identified with the registration process but rather produce the results to show the politicians that they can do it better. He promised to award the chiefdom that goes nearest to harvesting the Mid-Term National Census figures.

Voter registration mobilization involving the Paramount Chiefs generates a layer of political structure within the locality that enforces authority and improves participation. Although Paramount Chiefs are not typically elected, there is great variation in their linkages with the communities they govern and their independence from the State. Because of their strong institutional, economic, and social connections to their communities, they are often very effective in community mobilization.

Rather than isolating them, we should move with them, Abdul Kadiru Kaikai is of the strong conviction.