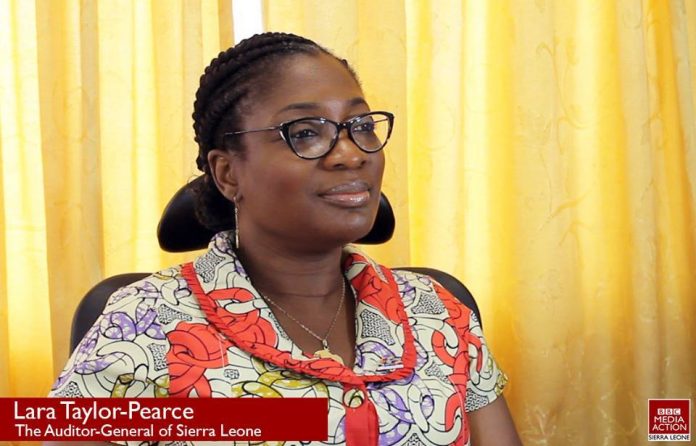 The Audit Service Sierra Leone (ASSL) draws its mandate from the 1991 Constitution of Sierra Leone, the Audit Service Act of 2014 and the Public Financial Management Act of 2016 giving the Auditor-General the sole prerogative to audit all government institutions in which government has the majority interest, and submit a report to Parliament at the end of the audit exercise.

The audits are conducted in accordance with the International Standards of Supreme Audit Institutions and aims to impact the lives of the citizens by adding value to the work of the audited institutions.

A successful audit exercise starts with adequate preparation by the auditors during an annual operational planning meeting, where the ASSL outlines institutions to be audited during the year in accordance with its strategic plan.
The ASSL selects public institutions for audit, using the Risk-Based Approach; taking into consideration certain factors such as level of budgetary allocations, expected level of service delivery to the citizenry, public interest sensitivity and government priorities amongst others.

Having selected the institutions through the Risk-Based Approach, the institution audit these institutions and present our report to Parliament in line with section 119, subsection 4 of the 1991 Constitution of Sierra Leone, within 12 months of the ensuing year.
The institution is informing all interested parties that, as a result of challenges ranging from inadequate financial resources to insufficient manpower, the ASSL is unable to audit all institutions in a given year. In such situations, the audits of such entities are normally carried forward to subsequent audit years.

The most common reasons why audits may not be carried out in any given year include but not limited to:
• the client failing to submit their financial statements on the statutory deadline of 31st March or submitting late, in which case the audit is delayed and may be carried forward to subsequent audit years;
• the client being considered a low risk client and as such is only audited every two or three years cumulatively; and
• the high cost of carrying out the audit annually, as in the case of embassies, which results in audits being carried out every three years or more cumulatively.
It must be noted that there are some institutions which, though required by statutes to submit financial statements for audits, persistently fail to do so. These institutions have therefore not been audited. A list of these defaulting institutions is in the Auditor-General’s Annual Report.
The ASSL will continue to carry out its mandate of being the Guardian of Sierra Leone’s Economic Security.