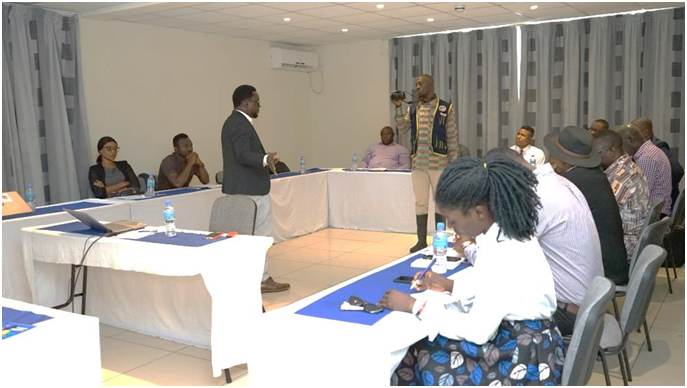 The Centre for Accountability and Rule of Law (CARL), with funding from Irish Aid, has on Tuesday 30th August 2022 held a one-day roundtable discussion with stakeholders on the ongoing efforts at reviewing the Development Cooperation Framework (DCF) and how it has impacted the work of NGOs since 2020. The event was held at the New Brookfields Hotel on New England Ville in Freetown.

In his presentation on the report, the Executive Director Centre for Accountability and Rule of Law (CARL), Ibrahim Tommy Esq. said that with funding from the Irish Embassy, CARL produced a study report in June 2020 on the implications of the Development Cooperation Framework (DCF) for civic space and the role of non-governmental organizations in Sierra Leone, adding that among other things, the study found that, although NGO actors understand the need for accountability and coordination in the sector, they reported that the DCF policy negatively impacts on their work in a number of ways and that they recommended that the policy be reviewed in a consultative and transparent manner to allow for a healthy civic space and a mutually advantageous relationship between NGOs and the Government and people of Sierra Leone.

He maintained that in that regard they decided to bring stakeholders together in a roundtable discussion in order to seek their perspectives on the findings of the study, their experiences with the implementation of the DCF since 2020, and how the ongoing review process can be supported to address the key concerns of NGOs as well as take on board the objectives of the Government of Sierra Leone, furthering that the round table is part of a series of engagement CARL will sponsor to disseminate the report and generate evidence to support the ongoing review process.

The Executive Director pointed out that the GoSL has made several attempts over the last 3 decades to define its relationship with NGOs and regulate their operations, adding that the National Provisional Ruling Council (NPRC) introduced a policy in 1994, Late President Ahmad Tejan-Kabbah maintained and revised the NPRC Policy in 2003 and that the previous administration revised and introduced the Non-Governmental Organizations Policy Regulations in 2009 and attempted again in 2017 to review the 2009 policy with a number of restrictive clauses (This was fiercely resisted by NGOs and SOs and therefore did not come to operation).

He stated that in December 2018, the current administration introduced the Development Cooperation framework (DCF), with pretty most of the provisions in the 2017 version.

Commenting on why does the GoSL wants to define its relationship with and regulate NGOs, he said it is to strengthen the relationship between NGOs and the Government as partners in development and to promote transparency and accountability in the delivery of development aid programs.

On the objectives of the study, he pointed out that the overall objective of the study is to enhance civic space in Sierra Leone and specifically, the study looked at the challenges associated with the implementation of the DCF both for NGOs and the Government and the implications of the DCF for service delivery by NGOs etc.

Giving the key findings of the report, he said from the point of view of MoPED, after two years of implementation the DCF has contributed to generating very accurate data of the number and types of NGOs (as a register of local & international now exists), raising awareness/ popularizing the DCF, building capacity of NGO focal persons in MDAs, the establishment of a Technical Review Committees etc.

Concluding, he maintained that the study reveals the following: that there was inadequate consultation and engagement ahead of the approval of the December, 2018 DCF; only a select few non-state actors participated, that the DCF policy should be unpacked, that  the merger of the aid policy and NGO policy is unhelpful, that there are adequate infrastructure and weak capacity of Government to implement the DCF, that the NGO Directorate of MoPED is understaffed and focal persons are constantly being replaced/transferred etc.

Dilating on the recommendations of the report, the Executive Director said that given the consensus on the need to review the DCF, and the announcement by the Government that it has begun the process of reviewing the DCF, it is recommended that there should be wider consultation and engagement with non-state actors to address the keys concerns raised in the study.

He added that the revised version should be simplified; preferably separating the Aid policy from the NGO Policy/Regulation and that Government (MoPED) should also improve its capacity to implement any revised policy (adequate staff, focal persons and other resources) etc.

Following his presentation was a panel discussion with stakeholders present on the experiences, challenges with the implementation of the DCF and a prospect for a progress review to be followed also by comments, next steps, and recommendations. 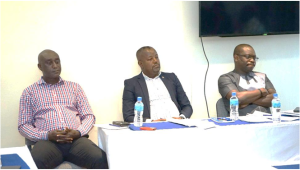